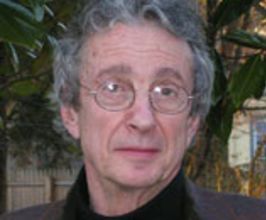 Williams was awarded the Twentieth Annual Ruth Lilly Poetry Prize, an honor given to an American poet in recognition of extraordinary accomplishment. Among his honors are awards in literature from the American Academy of Arts and Letters, the PEN/Voelcker Career Achievement Award, and fellowships from the Lila Wallace Foundation, the Guggenheim Foundation, and the National Endowment of the Arts. He was elected to the American Academy of Arts and Letters in 2003, and teaches in the Writing Program at Princeton University.Williams started writing poetry when he was nineteen, shortly after taking his last required English class at the University of Pennsylvania. “Poetry didn’t find me, in the cradle or anywhere near it: I found it,” he recalled. “I realized at some point—very late, it’s always seemed—that I needed it, that it served a function for me—or someday would—however unclear that function may have been at first.” Williams found his voice as a poet in the mid-sixties when writing to a magazine editor about the violence directed against civil rights activists. The process of writing this letter opened up a new way of thinking for Williams—a paradigm for writing all of his poetry. The result was “A Day for Anne Frank,” a meditation that linked the civil rights movement with the Holocaust and became the opening poem of his first collection, Lies (1969). “After the Anne Frank poem…I seemed to be able to write poems I wanted to write, in a way that satisfied me, that made the struggle with the matter and form and surface of the poems bearable, and, more to the point, purposeful,” wrote Williams.Williams is known for his daring formal style, marrying perceptive everyday observations to lines so long that they defy the conventions of lyric poetry. His poems often border on the prosaic, inspiring critics to compare them to Walt Whitman’s. Williams began his career as a strong anti-war writer, and in a recent profile in The New York Times stated that he still feels pulled in that direction: “It is always there, but it is more subliminal and is no longer on the surface. I do not want to be dogmatic.”The Singing explores topics surrounding aging: the loss of loved ones, the love of grandchildren, and the struggle to retain memories of childhood even while dealing with the complexity of current events. Of the poems in this collection, John Ashbery wrote, “They are clear about complex things, which one sees as slightly magnified, like pebbles on the bed of a very clear stream. Williams now realizes more than ever that ‘your truths will seek you, though you still / must construct and comprehend them.’ He succeeds at this task with a flair that tempers the regret that is the recurring note in these poems, and transforms it into something like joy.” Today, Williams is considered one of the most esteemed living American poets.Contact a speaker booking agent to check availability on C.K. Williams Poet and other top speakers and celebrities.