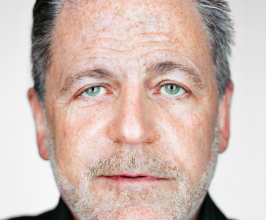 Book Dan Gilbert for your event

Dan Gilbert is Founder and Chairman of Quicken Loans, the nation’s largest mortgage lender. He is also Founder and Chairman of the Rock Family of Companies, a portfolio of technology businesses and real estate investments, and Chairman of the Cleveland Cavaliers. In 2016, the Cleveland Cavaliers won the NBA championship. The Rock Family of Companies and its more than 100 affiliated companies across the country employ more than 30,000 team members, including more than 17,000 in Detroit’s urban core.From 2013 through 2018, Detroit-based Quicken Loans closed nearly half a trillion dollars in home loan volume across all 50 states, and in 2019, for the tenth consecutive year, earned J.D. Power’s highest rating for client satisfaction among all U.S. mortgage lenders.Dan is also an active investor in fintech, sports-related and consumer direct companies. Dan is a Founder and Principal of Detroit Venture Partners (DVP), a venture capital firm that funds startup and early-stage technology companies and a Founding Partner of Detroit-based private equity group Rockbridge Growth Equity.In February 2016, Dan co-founded Detroit-based StockX, the world’s first ‘stock market of things’, combining the visible, liquid, anonymous, and transparent benefits of a stock market with the online consumer secondary market.Dan began moving his Family of Companies to Detroit’s central business district in 2010 in an effort to help lead the transformation of a great American city. In 2011, Dan co-founded Detroit-based Bedrock, a full-service real estate firm specializing in acquiring, leasing, financing, and managing commercial and residential space. Since its founding, Bedrock and its affiliates have invested and committed more than $5.6 billion to acquiring and developing more than 100 properties, including new construction of ground up developments in downtown Detroit and Cleveland, totaling more than 18 million square feet.In September 2013, Dan was named co-chair of the Blight Removal Task Force. The group, appointed by the Obama Administration, published a detailed plan in May 2014 to remove all blighted structures and lots in the city of Detroit.Dan serves on the boards of the Cleveland Clinic and the Children’s Tumor Foundation. In 2015, Dan and Jennifer Gilbert established the Gilbert Family Foundation and in 2017, formed ‘NF Forward’ to fund cutting-edge research dedicated to finding a cure for neurofibromatosis (NF).Dan earned his bachelor’s degree from Michigan State University and his law degree from Wayne State University.Contact a speaker booking agent to check availability on Dan Gilbert and other top speakers and celebrities.