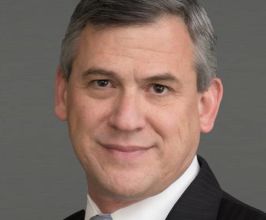 Book Daniel Benjamin for your event

Daniel Benjamin is the Norman E. McCulloch Jr. director of the John Sloan Dickey Center for International Understanding. Prior to joining the Dickey Center in 2012, Benjamin served as ambassador-at-large and coordinator for counterterrorism at the U.S. State Department. In that position, he was the principal advisor to Secretary of State Hillary Clinton on counterterrorism. Benjamin was the longest serving coordinator for counterterrorism since that position was created, and during his tenure, the Office of the Coordinator was elevated to become the Bureau of Counterterrorism. Prior to joining the Obama Administration, Benjamin was a senior fellow in Foreign Policy Studies and director of the Center on the United States and Europe at the Brookings Institution. From 2001 to 2006, he was a senior fellow at the Center for Strategic and International Affairs in Washington, and prior to that, he was a Jennings Randolph fellow at the United States Institute of Peace. During more than five years on the National Security Council staff in the 1990s, Benjamin served as a foreign policy speechwriter and special assistant to President Bill Clinton and as director for transnational threats.Benjamin has written extensively on terrorism, U.S. foreign policy and international affairs. He co-wrote The Age of Sacred Terror (2002), which was awarded the Arthur Ross Prize of the Council on Foreign Relations, the largest American prize for a work on international affairs, and was named a New York Times “Notable Book” and a Washington Post “Best Book” of 2002. The Next Attack: The Failure of the War on Terror and a Strategy for Getting it Right (2005), which he also co-authored, was named a best book of the year by The Washington Post and The Financial Times and a finalist for the Lionel Gelber Prize. He is the editor of two other books, Europe 2030 and America and the World in the Age of Terror: A New Landscape in International Relations.He has appeared on numerous television and radio programs, including 60 Minutes, Frontline, The News Hour, All Things Considered, Morning Edition, Fresh Air, the Today show, Good Morning America and The Oprah Winfrey Show. His essays have appeared in publications including The New York Times, The Washington Post, The Los Angeles Times, The Financial Times, The International Herald Tribune, TIME, Slate, The New York Review of Books, The New Republic, The Frankfurter Allgemeine Zeitung and Die Zeit.Benjamin began his career as a journalist and held positions as Germany bureau chief for The Wall Street Journal, and Germany correspondent for TIME magazine. He holds degrees from Oxford, where he was a Marshall Scholar, and Harvard, where he completed his undergraduate work, graduating magna cum laude.Contact a speaker booking agent to check availability on Daniel Benjamin and other top speakers and celebrities.