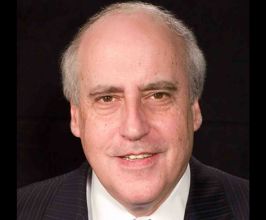 Book Daniel Glickman for your event

Secretary Dan Glickman is the former U.S. Secretary of Agriculture under President Clinton, a former Congressman (D-KS) of 18 years, and the former chairman and CEO of the Motion Picture Association of America (MPAA).He is chairman of the U.S. Global Coalition, which looks at global economic policy, and on the board of the Chicago Mercantile Exchange, the biggest exchange for derivatives. In this respect, he is well acquainted with Dodd Frank, the challenges for the financial services industry, and economic policy. He is also co-chair of the Bipartisan Policy Center’s Commission on Political Reform, whose recent report and recommendations have received extensive publicity in the New York Times, POLITICO and the Washington Post. It was also a major theme of the Aspen Ideas Festival. Glickman addresses politics, political reform, food security, national security and economic policy. Through the lens of “food security,” Glickman brings a unique viewpoint to many of the policies and issues facing our global community and domestic economy and explains how food and the world’s food supply is at the center of almost every geopolitical relationship. He served as the U.S. Secretary of Agriculture from 1995–2001. Under his leadership, the department administered farm and conservation programs, modernized food safety regulations, forged international trade agreements to expand U.S. markets, and improved its commitment to fairness and equality in civil rights. Before that, Glickman served for 18 years in the U.S. House of Representatives. During that time, he was a member of the House Agriculture Committee, including six years as chairman of the subcommittee with jurisdiction over farm policy issues. Moreover, he was an active member of the House Judiciary Committee, chairman of the House Permanent Select Committee on Intelligence, and a leading congressional expert on general aviation policy.Dan Glickman is the executive director of the Aspen Institute Congressional Program and a senior fellow at the Bipartisan Policy Center. The Aspen Institute Congressional Program is a nongovernmental, nonpartisan educational program for members of the United States Congress. Legislators are brought together with internationally-recognized academics, experts, and leaders to study the issues and explore various policy alternatives. The BPC promotes bipartisan solutions to the country’s problems and civility in government. There, he co-chairs the center’s Democracy Project and its Nutrition and Physical Activity Initiative.Glickman was also the director of the Institute of Politics at Harvard University’s John F. Kennedy School of Government.Contact a speaker booking agent to check availability on Daniel Glickman and other top speakers and celebrities.