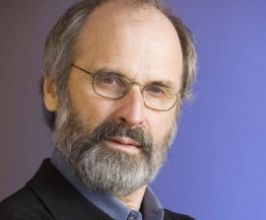 Sullivan worked as both an actor and director with the Lincoln Center Repertory Company in the late 1960s and 1970s. His directorial debut there was A.R. Gurney’s Scenes from American Life in 1971 for which he won a Drama Desk Award.After two years as Resident Director of the Seattle Repertory Theatre, he assumed the position of Artistic Director in 1981, serving until 1997. It was there that he directed the first production of his own play, Inspecting Carol.Sullivan has forged successful working relationships with many prominent American playwrights. He directed Herb Gardner’s Tony winning I’m Not Rappaport at Seattle Rep before staging it off-Broadway, on Broadway, in London’s West End, and the United States national tour. He reteamed with Gardner to stage Conversations with My Father in Seattle, New York City, and Los Angeles. His first association with Wendy Wasserstein was the Pulitzer Prize and Tony-winning The Heidi Chronicles, which he directed off Broadway, on Broadway and its National Tour. The duo later collaborated on The Sisters Rosensweig on Broadway and the National Tour, An American Daughter, and Ms. Wasserstein’s final play, Third. He directed both the off-Broadway and screen version of Jon Robin Baitz’s The Substance of Fire, as well as the original productions of A Fair Country and Ten Unknowns in New York, and Baitz’s translation of Hedda Gabler in Los Angeles.His collaborations with Donald Margulies include the Pulitzer-Prize-winning Dinner With Friends in New York and Los Angeles, the Broadway revival of Sight Unseen, and the Broadway productions of Brooklyn Boy and the 2010 Broadway production of Time Stands Still. Sullivan has directed most of Charlayne Woodard’s plays: Pretty Fire (Seattle Rep, 1994-95), Neat (Seattle Rep, 1996–97), Stories (Seattle Rep, May 1999), In Real Life (Mark Taper Forum, July 2001 and Manhattan Theatre Club, October 2002) and The Nightwatcher.Other Broadway credits include Retreat From Moscow, Morning’s at Seven, Proof, Major Barbara, 8A Moon for the Misbegotten, Accent on Youth, The Homecoming, Rabbit Hole, Prelude to a Kiss, After The Night And The Music, Julius Caesar, and Ah, Wilderness. For Shakespeare in the Park at the Delacorte, Sullivan directed The Merry Wives of Windsor, A Midsummer Night’s Dream (2007) and Twelfth Night* (2009).Other Off-Broadway credits include Stuff Happens, Intimate Apparel, Ancestral Voices, Spinning Into Butter, Far East, London Suite, Psychopathia Sexualis, The American Clock, and Good People.In addition to his directing, Sullivan currently holds the Swanlund Chair at the University of Illinois, Urbana-ChampaignContact a speaker booking agent to check availability on Daniel J. Sullivan and other top speakers and celebrities.