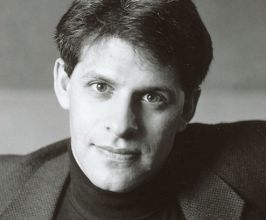 Daniel Jonah Goldhagen is the author of #1 international bestseller Hitler’s Willing Executioners: Ordinary Germans and the Holocaust (Vintage, 1997), published in fifteen languages, which was named by TIME one of the two best non-fiction books of 1996 and for which he won Germany’s prestigious triennial Democracy Prize in 1997. Hailed as “a monumental achievement” by the Sunday Times of London, and as “masterly…one of those rare new works that merit the appellation landmark” by the New York Times, Hitler’s Willing Executioners may have generated more international discussion than any book in recent history. He is also the author of A Moral Reckoning: The Role of the Catholic Church in the Holocaust and Its Unfulfilled Duty of Repair (Vintage, 2003), published in eight languages, and has published Briefe an Goldhagen (Siedler, 1997). His newest book, Worse Than War: Genocide, Eliminationism, and the Ongoing Assault on Humanity challenges fundamental things we thought we knew about human beings, society, and politics.Goldhagen’s essays and columns can be found in the New York Times, Los Angeles Times, New Republic, New York Sun, Forward, The Sunday Times, The Guardian, Die Zeit, Süddeutscher Zeitung, Die Welt, Le Monde, Corriere della Sera, La Repubblica, El Pais, El Mundo, Ha’aretz, Gazeta Wyborcza and many other publications nationally and internationally. He has appeared on many national television and radio programs around the world, including The Today Show, The O’Reilly Factor, Charlie Rose, and has been profiled on television, including Dateline, and in magazines, including the New York Times Magazine and the New York Review of Books.Goldhagen, born in 1959, received a B.A., M.A., and Ph.D. from Harvard University and was a professor in Harvard’s Government and Social Studies departments until he decided to devote himself full time to writing. He is currently completing a book on genocide in our time (Knopf). Twice named to the Forward 50, he lectures frequently nationally and internationally on diverse subjects about the Holocaust, the Catholic Church and Jews, Israel, anti-Semitism today, and Political Islam.He is a member of Harvard’s Minda de Gunzburg Center for European Studies and on the board of directors of Humanity in Action.Contact a speaker booking agent to check availability on Daniel Jonah Goldhagen and other top speakers and celebrities.