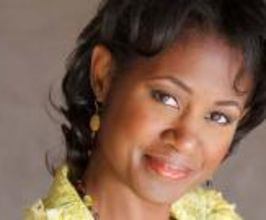 Book Danita Patterson for your event

Danita Patterson is founding president and principal content developer of Destiny Unlimited, Inc., a family entertainment company that develops innovative film, television and new media content. As a producer and writer, her production credits and development work over 22 years include more than 120 episodes of television programming for ABC, NBC, CBS, and Tribune Entertainment/WGN networks. Her diverse programming background has ranged from primetime sitcoms, annual award shows, musical specials, magazine and talk shows to game shows, public affairs programs, documentary films and feature films.Prior to her entrepreneurial endeavors, Patterson worked closely with actor Will Smith and served as director of development and administrative manager for his company and The Fresh Prince of Bel-Air. She also served as programming consultant and producer for other celebrities and production companies, including consultant for Children’s & Family Entertainment with actor/producer/director, Tim Reid; production work on singer/actress, Brandy’s sitcom pilot, Thea, and producer for musical specials, including Christmas Glory Special, featuring gospel stars like Yolanda Adams, Kirk Franklin, Andre Crouch and the Winans. Patterson worked on national award shows and specials like the Stellar Awards, Celebrate The Soul of American Music, Family Night, featuring Gladys Knight and Nancy Wilson, and the Essence Awards.Patterson recently produced the award-winning documentary film, Soulmate; served as an advising consultant on the star-studded “Bible Experience” audio Bible, and is currently writer/producer on Destiny Unlimited’s slate of motion picture films.Patterson also founded Destiny Outreach, Inc., a national organization with the mission of “making learning fun so that dreams do come true,” through interactive human development programs that support education, vision clarification and career development. She enhances the fields of media education by creating “edu-tainment” programming geared towards various age groups, consulting with school systems such as the Chicago Public Schools, and working with Northwestern University’s National High School Institute, Bank One’s Saturday Scholars, Metropolitan Chicago’s YMCA Black/Hispanic Achievers Program, the MAEOPP/Trio Student Leadership Conference and the Tavis Smiley Foundation’s Youth Summit.A noted speaker, Patterson’s unique style of blending words of empowerment with songs that inspire have been influential in the lives of both youths and adults. Her community service includes working closely with Northern Trust Bank’s DreamMaker’s Forum, Northwestern University’s Council of 100 Women, Children’s Defense Fund’s 25th Anniversary Celebration, Americorp’s National Civilian Community Corps and the South African Leadership Development Tour.TopicsDreams & Destiny Campaign: Finding, Fighting For & Fulfilling Your DreamThe Dreams & Destiny Campaign is an innovative “edutainment” initiative. The Campaign introduces a multicultural group of 12-17 and 18-25 year-old males and females of diverse economic backgrounds to a critical set of career development experiences, vocational exposures, and process technologies to help them discover their dreams and develop action plans to accomplish them.Life prep, college prep, and career prep in approach, The Dreams & Destiny Campaign empowers motivated teens to find, fight for, and fulfill their dreams.Dream Again: Reviving the DreamDream Again is an empowering inspirational movement and fundraising vehicle for the hopeful dreams of people from every nation here in America and abroad. Enlisting motivation, entertainment and media technologies, this campaign carries the messages, sounds, and images of people from every walk of life who stand with another chance to live a better life, rise from the ashes of the unexpected, and rebuild the ruined places.Dreamkeepers: What About the Children?Dreamkeepers is a customized workshop experience that guides personal, professional and leadership development for adults. Empowering parents, teachers, and caring adults with invaluable life tools will rekindle their dreams, renew their personal sense of purpose and enable them to become effective facilitators, motivators and “Dreamkeepers” for the young people in their lives.Contact a speaker booking agent to check availability on Danita Patterson and other top speakers and celebrities.