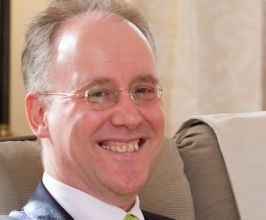 Book David Armitage for your event

David Armitage, MA, PhD, CorrFRSE, FRHistS, FAHA, is the Lloyd C. Blankfein Professor of History and Chair of the Department of History at Harvard University, where he teaches intellectual history and international history. He is also an Affiliated Faculty Member at Harvard Law School and an Honorary Professor of History at the University of Sydney.He was born in Britain and educated at Cambridge University and Princeton University; before moving to Harvard in 2004, he taught for 11 years at Columbia University. A prize-winning teacher and writer, he has lectured on six continents and has held research fellowships and visiting positions in Britain, France, the United States and Australia.David Armitage is the author or editor of thirteen books, among them “The Ideological Origins of the British Empire,” which won the Longman/History Today Book of the Year Award, “The Declaration of Independence: A Global History,” which was chosen as a Times Literary Supplement Book of the Year, and Foundations of Modern International Thought. His most recent edited works are “Shakespeare and Early Modern Political Thought,” also a TLS Book of the Year, “The Age of Revolutions in Global Context, c. 1760-1840,” a Choice Outstanding Academic Title, and “Pacific Histories: Ocean, Land, People.” His articles and essays have appeared in journals and collections around the world and his works have been translated into Chinese, Danish, French, Italian, Japanese, Portuguese and Spanish.He is co-editor of the Cambridge University Press series Ideas in Context, a Syndic of the Harvard University Press and a member of the Steering Committee of the Center for the History of British Political Thought at the Folger Shakespeare Library. He also sits on the editorial boards of History of European Ideas, the Journal of the History of Ideas, the Journal of Imperial and Commonwealth History, Modern Intellectual History and Il Pensiero politico and on the Academic Steering Committee of the Open Library of the Humanities.In 2006, the National Maritime Museum in London awarded him its Caird Medal for “conspicuously important work … of a nature that involves communicating with the public” and in 2008 Harvard named him a Walter Channing Cabot Fellow for “achievements and scholarly eminence in the fields of literature, history or art.” In 2010, he delivered the Wiles Lectures at Queen’s University Belfast on ideas of civil war from Rome to the present, the subject of his current major book. He is also co-authoring (with Jo Guldi) “The History Manifesto,” a short book about long-range historical thinking and completing an edition of John Locke’s colonial writings.Contact a speaker booking agent to check availability on David Armitage and other top speakers and celebrities.