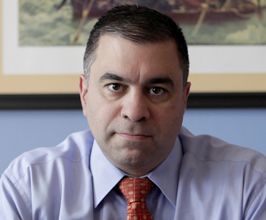 Book David Bossie for your event

David N. Bossie has served as president of Citizens United and Citizens United Foundation since 2001. Beginning in August 2016, Bossie took a five month leave of absence to serve as Deputy Campaign Manager for Donald J. Trump for President. He was then named Deputy Executive Director for the Trump Presidential Transition Team.In 2016, Bossie was ranked number two in Politico’s top 50 most influential people in American politics and was elected to serve as the Republican National Committeeman from Maryland. In 2010, under Bossie’s leadership Citizens United won a landmark First Amendment decision at the United States Supreme Court in Citizens United v. Federal Election Commission. The case, which saw the government assert during oral arguments that it had the Constitutional authority to ban political books, struck down two decades of unconstitutional restrictions on free speech.As president of Citizens United Productions, Bossie has produced 25 documentaries since 2004. Bossie has co-produced six feature length films with Steve Bannon, most recently Torchbearer starring Phil Robertson in 2016. Some of Bossie’s other titles include Rocky Mountain Heist, hosted by Michelle Malkin, Occupy Unmasked featuring the late conservative icon Andrew Breitbart, Our Sacred Honor with Senator Rick Santorum, The Gift of Life with Governor Mike Huckabee, and the award-winning films on Pope John Paul, Nine Days That Changed The World and Ronald Reagan: Rendezvous with Destiny, hosted by Callista and Newt Gingrich.Bossie is the former Chief Investigator for the United States House of Representatives Committee on Government Reform and Oversight. During Bill Clinton’s two terms as president, he led investigations ranging from the Whitewater land deal to the transfer of dual-use technology to China and to foreign fundraising in the 1996 Clinton re-election campaign. He has authored four books, including the best- selling Intelligence Failure: How Clinton’s National Security Policy Set the Stage for 9/11.Born in Boston, Bossie attended the University of Maryland. He proudly served for 20 years as a volunteer firefighter in Montgomery County, Maryland where he resides with his wife, Susan, and their four children.Citizens United was founded in 1988, and is the leading conservative advocacy group in the country with over 500,000 members and supporters. Through its films, op-eds, videos, and grassroots organizing, Citizens United seeks to reassert the traditional American values of limited government, freedom of enterprise, strong families, and national sovereignty and security.Contact a speaker booking agent to check availability on David Bossie and other top speakers and celebrities.