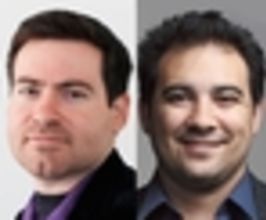 Best-Selling Authors of Supersurvivors: The Surprising Link Between Suffering and Success

Book David Feldman and Lee Kravetz for your event

David B. Feldman is considered to be among the top experts on hope in the field of Psychology. A tenured professor of Counseling Psychology at Santa Clara University, he has given hundreds of lectures for audiences in sectors including medicine, education, business and technology. Feldman has lectured in places as diverse as Buenos Aires, Montreal and Oxford University, as well as across the United States. He has spoken at Google, Facebook, Kaiser Permanente and the Department of Veterans Affairs, among many others. Feldman has authored three books, including Supersurvivors: The Surprising Link Between Suffering and Success (HarperCollins), Public Speaking for Psychologists: A Lighthearted Guide to Research Presentations, Job Talks, and Other Opportunities to Embarrass Yourself (American Psychological Association Books), and The End-of-Life Handbook: A Compassionate Guide to Connecting with and Caring for a Dying Loved One (New Harbinger). In addition, his research has been published in some of the best journals in the field of Psychology, as well as in popular publications and books. He has appeared in such magazines as SELF, People, U.S. News & World Report, Harvard Business Review, Business Insider and Fast Company, has had his work featured on WebMD and About.com, has been interviewed for national television and radio, and has written for Psychology Today and The Huffington Post. He resides in the San Francisco Bay Area.LEE KRAVETZLee Daniel Kravetz has a master’s in psychology and is a graduate of the University of Missouri–Columbia School of Journalism. He has written for print and television, including The New York Times, Psychology Today, the San Francisco Chronicle and The Huffington Post, as well as for PBS’s FRONTLINE, NOVA and Sesame Street. At the age of 29, he survived a battle with cancer. Like many survivors of trauma, the experience called into relief his personal values and choices, and he changed the course of his life to study counseling with a focus on positive psychology. Today, his writing focuses on survivorship, hope and stories of resilience. The author of Supersurvivors: The Surprising Link Between Suffering and Success, he has held psychology research positions at Stanford University Hospital, the Palo Alto VA and the National Center for PTSD. Kravetz has been interviewed for such publications as Business Insider and Fast Company and has appeared in the Harvard Business Review, People magazine and TIME, as well as on national television and radio. He is a resident at the San Francisco Writers’ Grotto and is on the founding board of the Lit Camp Writers Conference. He resides in the San Francisco Bay Area.Contact a speaker booking agent to check availability on David Feldman and Lee Kravetz and other top speakers and celebrities.