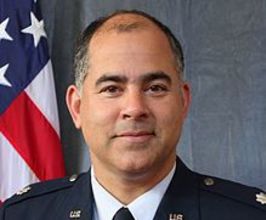 David J. R. Frakt is a speaker, writer, media consultant, practicing attorney and legal scholar. Frakt is also a lieutenant colonel in the U.S. Air Force Judge Advocate General’s Corps Reserve.After earning his JD at Harvard University, he clerked on the U.S. Court of Appeals before serving with the U.S. Air Force Judge Advocate General’s Corps. After a decade on active duty, he has served eleven more years in the Air Force Reserves, while also practicing and teaching law. Frakt has taught at several law schools including Georgetown, Duke, and the University of Pittsburgh. From April 2008 to August 2009, Frakt served as lead defense counsel with the office of military commissions, representing two detainees at Guantanamo facing war crimes and terrorism charges before the U.S. military commissions.He was the first defense counsel to win the pretrial dismissal of all charges against his client, Mohammed Jawad, a juvenile from Afghanistan, and also won Mohammed’s release through a habeas corpus petition in federal court. His representation of Jawad earned him an international reputation as a champion of human rights and the rule of law. Frakt was also the sole defense counsel in one of the only two military commission trials completed during President Bush’s tenure in office, representing Ali Hamza al Bahlul.Frakt is a highly regarded expert in the field of international war crimes, military law, and military commissions and has been quoted frequently in the national media, including in the New York Times, Washington Post, Newsweek, Los Angeles Times, New York Review of Books, Wall Street Journal, USA Today, Miami Herald, The Nation, and Atlantic Monthly. He has written widely in both scholarly and popular periodicals. His articles and letters have been published in the Washington Post, New York Review of Books, Duke Law Journal, Harvard Human Rights Journal, American Journal of Criminal Law, Air Force Law Review, Case Western Reserve Journal of International Law, and Florida State University Law Review, as well as online on Salon.com, CNN.com, Huffington Post, and truthout.org.He has been a repeat guest on MSNBC’s Rachel Maddow Show and on PRI’s “The World” and debated terrorism issues on the “Intelligence Squared” debate series, broadcast nationally on Bloomberg News and NPR. Frakt is a contributor to the ACLU National Security Project’s Torture Report and was featured in the book Obama’s Guantanamo: Stories from an Enduring Prison (NYU Press 2016). In 2013, he was invited by Salman Rushdie to present at the World Voices Festival of International Literature on the theme of “Bravery.” In recent years, Frakt has become a prominent proponent of legal education reform, and a critic of for-profit legal education.In 2013, Frakt was named a Woodrow Wilson Visiting Fellow by the Council of Independent Colleges. He frequently blogs on the website The Faculty Lounge on legal education, and has been featured in The Atlantic magazine and the ABA Journal for this work. He is on the Board of Advisors of the National Institute of Military Justice and No More Guantanamos, and is the Chair of the National Advisory Council for the non-profit Law School Transparency.Contact a speaker booking agent to check availability on David J.R. Frakt and other top speakers and celebrities.