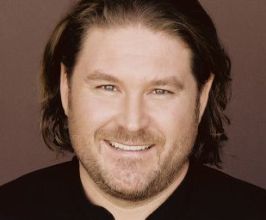 Book David LeFevre for your event

Chef David LeFevre, a native of Madison, Wisconsin, began his professional culinary career as an intern at Chef Charlie Trotter’s celebrated Chicago restaurant where he steadily rose the ranks over the course of seven years, punctuated with stages at Bernard Loiseau’s La Côte d’Or, Restaurant Jean Bardet and Le Moulin de Mougins in France.In 2002, LeFevre set out on a two year adventure throughout Southeast Asia, Japan, Australia, the Caribbean, and Europe to explore new cuisines. Upon returning in 2004, he was recruited as Executive Chef of downtown Los Angeles’ seminal seafood restaurant Water Grill, where he remained for six years and earned a Michelin star.At his first restaurant, Manhattan Beach Post, LeFevre returned to his rustic roots with a highly personal menu of artisanal, yet playful, dishes. Opened in 2011, M.B. Post was named one of Los Angeles Magazine’s Best New Restaurants and a semifinalist for the 2012 James Beard Foundation Awards in the Best New Restaurant and Best Chef Pacific categories, as well as 2013 semifinalist for Best Chef West. His second restaurant, Fishing with Dynamite, opened in 2013 with a menu featuring pristine seafood that celebrates both the East and West coasts. LeFevre will open a third restaurant, The Arthur J, in 2015, a steak-centric concept that, like his first two eateries, will be a reflection of his roots, travels, and dedication to soulful, handcrafted food.Contact a speaker booking agent to check availability on David LeFevre and other top speakers and celebrities.