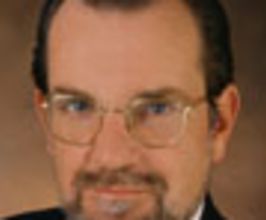 Book David Poltrack for your event

Mr. David F. Poltrack has been Chief Research Officer of CBS Corp. (Formerly Viacom Inc.) since 1994. Mr. Poltrack serves as President of CBS Vision, a business unit of CBS Corp. He oversees all research operations at CBS encompassing audience measurement, market research, program testing, advertising research, and monitoring of the national and international video marketplace at CBS. He joined CBS in 1969 as Manager, Marketing Services, CBS Television Stations, National Sales. After holding various positions with CBS Television Stations, in 1979, he served as Vice President, Marketing Services for the CBS Television Network. In 1982, he served as Vice President, Research, CBS/Broadcast Group, and in 1988, he served as Senior Vice President, Planning and Research, CBS/Broadcast Group. He served as a Unit President of Viacom. He also served as an Executive Vice President, Research and Planning, CBS Television in 1994. Before CBS, he was with the media department at Ted Bates Advertising. He serves as a Member of Board of Advisors of MarketShare Partners, Inc. He served as Chairman of the Media Rating Council (MRC), a trustee and a member of the executive committee of the Marketing Science Institute and President of the Market Research Council, Vice President of the Advertising Research Council, and a member of the National Association of Television Arts and Sciences. He served as Chairman of the Advertising Research Foundation, and a former member of the board of the International Radio and Television Foundation (IRTF). He is winner of the Hugh Malcolm Beville, Jr. Award presented by the National Association of Broadcasters (NAB) and the Broadcast Education Association in recognition of those who have made significant contributions to the design, use, or understanding of broadcast audience research. As Adjunct Professor at New York University, he teaches courses on the graduate level at both the NYU Stern School of Business and the Steinhardt School of Education. He also teaches at the Columbia University Graduate School of Business, and is a visiting professor at Cheung Dong Graduate School of Business, Beijing, China. He is author of Television Marketing: Network, Local, and Cable (McGraw-Hill). His articles are published in professional journals including the Journal of Advertising Research, the Journal of Psychology and Marketing, and the European Broadcasting Union Review. Mr. Poltrack is a graduate of the University of Notre Dame (B.A., magna cum laude, History) and New York University (M.B.A., Marketing).Contact a speaker booking agent to check availability on David Poltrack and other top speakers and celebrities.