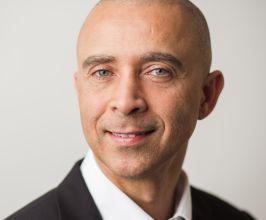 Book David Roberts for your event

David Roberts is regarded as one of the world top experts on disruptive innovation and exponentially advancing technology. His passion is to help transform the lives of a billion suffering people in the world through disruptive innovation.David served as Vice President of Singularity University and two-time Director (and alum) of the Graduate Studies Program. He is an award-winning CEO and serial entrepreneur, and has started ventures backed with over $100 million of investment from Kleiner Perkins, Vinod Khosla, Cisco, Oracle, Accenture, In-Q-Tel, and others.He is the recipient of numerous awards and medals and has led the development of some of the most complex, state-of-the art systems ever built, to include satellites, drones, and fusion centers. He also worked as an Investment Banker in the Mergers & Acquisitions Group at Goldman Sachs Headquarters. He received his B.S. in Computer Science & Engineering from M.I.T. was a Distinguished Graduate, and majored in Artificial Intelligence and Bio-Computer Engineering. He holds an M.B.A. from Harvard Business School.David is Chairman at HaloDrop, a revolutionary global drone services company, Chairman at 1QBit the world first software company for quantum computers, and is a formal adviser to Made-In Space, responsible for manufacturing the first object in Space with a 3D printer on the Space Station.Harvard, Stanford, and Berkeley Business schools have all written and taught case studies on David’s leadership, management, and decision making. He has been featured on the cover of the Wall Street Journal, and in USA Today, Fortune Magazine, The New York Times, Business Week, CNN, and dozens of others. His startups have received many awards to include Internet World Net Rising Stars, Red Herring Catch, top 50 Private Companies in the World, Red Herring Top100 Private Companies in the World, USA Today Tech Reviews Best Picks, Internet Outlook Investors Choice Award, Enterprise Outlook Investors Choice, Best of the Web from PC World, and Apple Computer Premier Systems Integrator Award.Contact a speaker booking agent to check availability on David Roberts and other top speakers and celebrities.