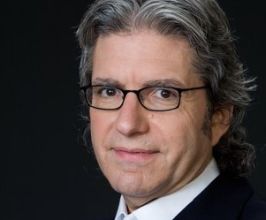 Book David Sable for your event

Global Chief Executive Officer “Do it big, or stay in bed.”That’s David’s belief, and it says it all — why bother if you can’t do it right?David Sable became Global CEO of Y&R in February 2011, but Y&R has long been in his blood. He joined the Y&R training program in 1976, and he credits this induction into the business as the foundation for much of what he has done in his life.He went on to Wells Rich Greene, working on Procter & Gamble, and then to Miller Advertising to work on Kinney Shoes, before moving to Israel. There he cofounded an agency, which reinforced his entrepreneurial spirit and was his first foray into high tech.David rejoined the Y&R family on his return to the U.S., working for both Burson-Marsteller and Cohn & Wolfe, counseling great clients like Colgate-Palmolive, Digital Equipment Corporation and Coca-Cola. He came back to Y&R Advertising in 1990, to lead the global portion of Colgate-Palmolive and then helped to win the United States Postal Service consolidated account, for whom, among other things, David and his team built the industry’s very first client website, won the first-ever interactive television award and created a logo that is still in use today.David believes that the core of our business is about striking a balance between creativity — the storytelling we do — and innovation, which drives the story through the right channels to create new consumer experiences. This has always been true, of course, and Y&R has been a pioneer in developing media, but digital has changed everything once again.In the early days of the Internet, as a cofounder of Genesis Direct, Y&R created a direct-to-fan Internet presence for the National Hockey League, Major League Baseball, the National Football League and the National Basketball Association, leveraging the consumer’s buying preferences between analog-catalogue, brick-and-mortar and digital retail. In doing so, the power and persuasion of digital started to gain recognition and take its place in the consumer equation.When David joined Wunderman, where he spent 10 years as Vice Chairman and COO, his biggest task was building on the company’s heritage as a data-based marketer and showing that it is data that drives marketing, not simply one channel. As a result, he helped transform the agency into one of the world’s leading digital networks.At Y&R, David sees the greatest competitive differentiator to be the agency’s ability to create a complete experience for consumers that bridges the detail and physical worlds. While digital is everything, not everything is digital, and Y&R is eminently positioned as storytellers and innovators.David has a strong online presence: he has been blogging since 2006, writing The Weekly Ramble, and has also written for Google Think Insights and Fast Company. He is a frequent contributor to The Huffington Post and Linkedin and his views have been featured in many publications including Advertising Age, Adweek, Forbes, Yahoo! and Microsoft Advertising.David believes it is important to be active in the industry. He is Director-at-Large of the American Association of Advertising Agencies (the 4As) and was a founding member of its Digital Advisory Board. He is also a director of the Advertising Council and has served on a wide range of juries — his favorite in recent years being the Titanium panel at Cannes. David is often asked to speak about marketing and digital, and serves as an adviser to many digital start-ups around the world.David is equally passionate about giving back to the community. In the last year he became Chair of UNICEF’s New York Board and he has served on the New Yorkers Volunteer State Office of National and Community Service Commission since 2010.In 2008, the Mayor of the City of New York, Michael R. Bloomberg, appointed David to serve as a member of the Cultural Advisory Committee of the New York City Department of Cultural Affairs, on which he still serves. David also serves on a number of educational and other charitable boards including the UNCF.David and his wife, Debbie, have two daughters and three treasured grandchildren — Henry, Teddy and their newborn sister Gemma.Contact a speaker booking agent to check availability on David Sable and other top speakers and celebrities.