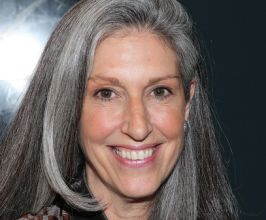 Academy Award-nominated costume designer Deborah Nadoolman Landis, Ph.D. is a true Hollywood insider. Her costume design credits include Animal House, The Blues Brothers, Raiders of the Lost Ark, The Three Amigos, An American Werewolf in London, and Coming to America, for which she received an Academy Award nomination. Landis’ iconic costume for Indiana Jones is on display at the Smithsonian Institution, her Three Amigos costumes grace the Autry National Center, and her red jacket for “Michael Jackson’s Thriller” is at home at the Rock and Roll Hall of Fame. She recently completed her second term as president of the Hollywood Costume Designers Guild, of which she has been a member for nearly 30 years, and she has given lectures about all aspects of the history of Hollywood costume design at universities, museums, libraries, and film festivals across the country.  Her latest book is the sumptuously illustrated Dressed:A Century of Hollywood Costume Design (Collins).In addition to her lectures at The American Film Institute and the University of Southern California School of Cinematic Arts, she is also a Professor at the University of the Arts London. In 2005, Landis was honored by the University of California Los Angeles School of Theater, Film, and Television as a Distinguished Alumni, and in 2006, she delivered the prestigious William Randolph Hearst lecture at the University of Texas, Austin. The William Randolph Hearst Fellow Award honors individuals whose distinguished careers in communication make them outstanding role models for students. Landis delivered the keynote address at the inaugural Costume Symposium 2006, Arts Institute of Bournemouth. As an esteemed member of the international film community, Landis served on the 2007 Cinefondation Jury at the 60th Anniversary of the Cannes Film Festival.Landis graduated from UCLA with a M.F.A. in Costume Design and was awarded the first grant for Costume Design from the National Endowment for the Arts to investigate period costume trends in contemporary fashion. She earned her Ph.D. in the history of design from the Royal College of Art.  In addition to Dressed, she is the author of Screencraft: Costume Design, and she co-curated and edited the Academy of Motion Picture Arts & Sciences exhibition and catalogue 50 Costumes/50 Designers: Concept to Character.Landis is currently curating a major exhibition (opening 2012) of costume design in film at London’s Victoria & Albert Museum that will travel for two years internationally to museums in China, Japan, Europe, and the United States. Her next book is Deconstructing Glamour: Costume Design in Hollywood 1970 – 2006. She lives with her husband, filmmaker John Landis, and their two children in Los Angeles, CA.Costume Design in the Movies: From the Silent Screen to Present Day   Star Costume Designers of Hollywood   Scene and Not Heard: The Role of Costume in the Cinematic Storytelling Process   The Fashion of Cinematic WeddingsContact a speaker booking agent to check availability on Deborah Nadoolman Landis and other top speakers and celebrities.