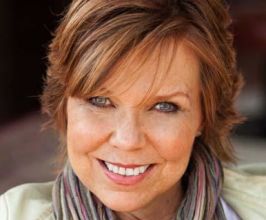 Book Diane Isaacs for your event

Diane Isaacs applies her award-winning producing experience to create programs and content for The Miracle Project, a transformational theater arts program for children with autism, which was featured in the two-time Emmy Award-winning HBO documentary AUTISM: The Musical. With Elaine Hall, her Miracle Project partner, Isaacs co-wrote Seven Keys to Unlock Autism (Wiley, Nov 2011), which offers educators, parents, and other caregivers actionable techniques to teach children of all abilities—including “seemingly unreachable” children on the autism spectrum. A conference presenter and motivational speaker, Isaacs facilitates workshops for The Miracle Project and the Seven Keys both nationally and internationally, including in India and Africa. As a mother of son with special needs, she uses creative storytelling to motivate and inform audiences to see how autism is “awesomism,” and she uniquely integrates her diverse life experiences as an All-American world-class triathlete, entertainment executive, and nutritional/yoga/meditation expert into her inspirational presentations.As part of The Miracle Project’s multi-platform good and services, she produces its edu-tainment initatives, including the CD FLY, with celebrity artists performing duets with children with autism; the Autism is Awesomism live concert with superstar Jack Black and legend Stephen Stills; music videos with The Miracle Project’s FLY Singers, including the YouTube hit “Sensitive” and the grand prize winner for Stand Up 2 Cancer for Dave Stewart; the seven-part DVD series Unlocking the World of Autism for the medical community, and the newly released Seven Keys to Unlock Autism book and DVD. She is an advocate for the arts and its ability to tap into human potential.Following her BFA in film and BA in English at New York University, Isaacs worked as a producer on the television series Miami Vice. After serving as President of The Don Johnson Company at Universal and Paramount, she founded Green Moon Productions with Zorro star Antonio Banderas and his wife, Working Girl’s Melanie Griffith. She traveled the world producing many films, including HBO’s Emmy-nominated And Starring Pancho Villa as Himself, and has worked with Patrick Swayze, Mischa Barton, Rod Steiger, and Academy Award winners Emma Thompson and Helen Hunt, to name a few.Diane Isaacs is an All-American world-class Ironman athlete, who has achieved as high as 4th place at the World Championships in Kona. Featured in Sports Illustrated and Muscle & Fitness Hers, she is an advocate of balancing cardio, strength, and flexibility. She is committed to a practice of daily yoga, meditation, and green nutrition. She is a mother of two amazing sons, Jackson and Wyatt. Wyatt is one of the stars of AUTISM: The Musical. Isaacs, along with Wyatt, has traveled the world as an autism advocate, and has addressed 440 global ambassadors at the United Nations, conferences in India, and audiences at venues including Angel Stadium, The Rose Bowl, and Carnegie Hall.Contact a speaker booking agent to check availability on Diane Isaacs and other top speakers and celebrities.