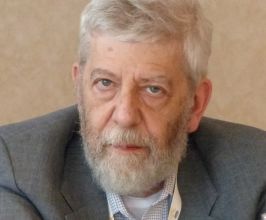 Book Don Feder for your event

Don Feder was a Boston Herald editorial writer and syndicated columnist from June 1983 to June 2002. For 19 years, his column appeared in the Herald, New England’s second largest newspaper. On February 28, 2002, the paper published his 2,000th column.Feder’s column was syndicated by Creator’s Syndicate in Los Angeles, and carried by more than 40 newspapers and e-magazines nationwide. His writings have appeared in USA TODAY, The Wall Street Journal, The Weekly Standard, National Review, American Enterprise, Readers Digest, Front Page Magazine, Insight, and Human Events. The author of two books – “A Jewish Conservative Looks at Pagan America” (1993) and “Who’s Afraid of the Religious Right?” (1996), Feder has traveled extensively in Europe, Latin America, and Asia. He was in Belgrade two weeks after the bombing ended in 1999.Feder is the 1998 recipient of the International Communications Award of the Republic of China on Taiwan and the winner of the first-place prize in the Amy Foundation Writing Awards for 1993. The Amy Foundation recognizes writers who project Biblical truths in the secular media.Feder has addressed the annual conventions or meetings of the Rabbinical Council of America, Concerned Women for America, Toward Tradition, the Christian Coalition, Nation Right to Life Committee, the Conservative Political Action Conference (CPAC), the College Republicans, the Council for National Policy, the Heritage Foundation, Family Research Council, the Interfaith Zionist Leadership Summit, the World Affairs Councils of Boston and Portland, Maine, World Congress of Families II (Geneva, 1999) III (Mexico City, 2004) and IV (Warsaw, 2007), as well as the Values Voter Summit (2006 and 2008).Feder has lectured or debated at Harvard, Dartmouth, Princeton, Hillsdale College, Bates College, Carlton College, Grove City College, NYU, Regent University, UCLA, Hampshire College, The University of Massachusetts at Amherst, Boston University and Boston College. He has also appeared on network and syndicated radio and television shows, including “The O’Reilly Factor, “ “C-Span,” “Politically Incorrect,” “The 700 Club,” “Focus on the Family,” “Beverly LaHaye Live,” “Coral Ridge Ministries,” “Fox& Friends,” and Jerry Falwell’s “Listen America.” His columns have been read on the air by Rush Limbaugh, Dr. Laura and Michael Savage.Besides practicing law and writing a syndicated column, Feder served as executive director of Citizens for Limited Taxation (a Massachusetts taxpayers group that passed a cap on property taxes), executive director of the Second Amendment Foundation and editorial director of WEEI Newsradio in Boston. He has a media and political consulting firm– Don Feder Associates, is a frequent contributor to various publications, and has a website. Feder is also World Congress of Families Communications Director, as well as the Communications Director of the documentary: “Demographic Winter: the decline of the human family.” He’s also the editor of the Boycott The New York Times website.Contact a speaker booking agent to check availability on Don Feder and other top speakers and celebrities.