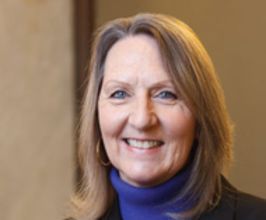 On April 4, 2016 Dr. Bernadette Dunham joined the Milken Institute School of Public Health at the George Washington University as a Visiting Professor, where her focus is on One Health issues. Dr. Dunham also serves as the Senior Science Advisor to the Deputy Commissioner, OFVM, U.S. Food and Drug Administration.Dr. Dunham served as the Director of the U.S. Food and Drug Administration’s (FDA) Center for Veterinary Medicine (CVM) from 2008 -2016. As Center Director, she oversaw the regulation of the manufacture and distribution of drugs, medical devices and food additives that are given to animals. These include animals from which human foods are derived, as well as pet (or companion) animals and minor species which include animals other than cattle, swine, chickens, turkeys, horses, dogs, and cats. Dr. Dunham was responsible for assuring that animal drugs and medicated feeds are safe and effective and that food from treated animals is safe to eat. Dr. Dunham coordinated the outreach to educate consumers as well as the regulated industry; the careful evaluation of data on proposed veterinary products before permitting them to be marketed; the discovery of violative marketed products through surveillance programs; the initiation of legal action, if necessary, to bring violators into compliance with the law; and the research to support Center activities.Prior to becoming CVM’s Director in 2008, Dr. Dunham had been CVM’s Deputy Director. Dr. Dunham also served as the Director of CVM’s Office of Minor Use and Minor Species from August 2006 to January 2008. She came to CVM in December 2002 as the Deputy Director of CVM’s Office of New Animal Drug Evaluation. Dr. Dunham has served as an Adjunct Professor in the Department of Biomedical Sciences and Pathobiology at the Virginia-Maryland Regional College of Veterinary Medicine from 1996 to 2012. She lectured on a variety of topics from emerging issues and opportunities in veterinary medicine to the role of consensus building in policy development.Prior to joining FDA, Dr. Dunham was Assistant Director for the American Veterinary Medical Association’s Governmental Relations Division in Washington, D.C. from 1995-2001. In that position, she participated in the formation and execution of AVMA policies, objectives and programs, with emphasis on Federal legislation and regulatory issues. Dr. Dunham’s work also involved identifying Congressional and regulatory issues that might impact the veterinary medical profession, as well as developing strategies for response to these issues. From 1989 to 1995, Dr. Dunham was the Director of Laboratory Animal Medicine and Adjunct Professor of Pharmacology at the State University of New York Health Science Center in Syracuse, N.Y. Dr. Dunham’s research focused on the molecular regulation of cardiac gap junction proteins. She participated in a post-doctoral residency program in the Department of Pathology at the New York State College of Veterinary Medicine, Cornell University, Ithaca, N.Y., from 1987 to 1988. Dr. Dunham was a Research Assistant Professor at Boston University from 1984 to 1987. Prior to returning to academia to pursue her Ph.D., Dr. Dunham was in private clinical practice in Ontario, Canada from 1975 to 1979.Dr. Dunham received the degree of Doctor of Veterinary Medicine in 1975 from the Ontario Veterinary College at the University of Guelph in Ontario, Canada and her Ph.D. in cardiovascular physiology in 1984 from Boston University in Boston, Massachusetts.Dr. Dunham is a member of the American Veterinary Medical Association, the American Academy of Veterinary Pharmacology and Therapeutics, the National Academies of Practice, and an Honorary Diplomate of the American Veterinary Epidemiology Society. She has served on peer review panels for the National Academies of Science, the American Heart Association – New York State Affiliate, United States Department of Agriculture-Cooperative State Research, Education and Extension Service, Competitive Programs, and the National Institutes of Health. Dr. Dunham also served as the Chairperson for the 18th Session of the Codex Alimentarius Committee on Residues of Veterinary Drugs in Foods.Contact a speaker booking agent to check availability on Dr. Bernadette Dunham and other top speakers and celebrities.