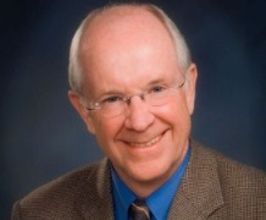 David is a highly sought after national speaker. His presentations focus on the impact of mass media on children and the implications of that influence for school performance, literacy, and violence prevention.

Dr. Walsh is the president and founder of the National Institute on Media and the Family based in Minneapolis, MN. Psychologist, educator, author and parent of three Dr. Walsh has emerged as one of the leading authorities in North America on the impact of media on children and families. He has written eight books including the award winning Selling Out America’s Children and Dr. Dave’s Cyberhood. He also wrote the American Medical Association’s Physician Guide to Media Violence as well as many articles for the professional and general press. His latest book is Why Do They Act That Way: A Survival Guide to the Adolescent Brain for You and Your Teen (Free Press, 2004).David Walsh, Ph.D. is a highly sought after national speaker. His presentations focus on the impact of mass media on children and the implications of that influence for school performance, literacy, and violence prevention. He describes the impact of mass media in the context of the recent discoveries about children’s brain development. He is able to explain to both professional and lay audiences how and why media is as influential as it is. His presentations are down to earth, understandable, engaging, and laced with warmth and humor.Dr. Walsh is a frequent guest on national radio and television. He has appeared on such programs as NBC Dateline, CBS This Morning, The News Hour with Jim Lehrer, Good Morning America, Today Show and National Public Radio’s All Things Considered. His work has been covered in major newspapers such as the New York Times, Wall Street Journal, Washington Post, Los Angeles Times, Time Magazine, Reader’s Digest, and others. A one-hour special on Dr. Walsh’s work will be broadcast nationally on PBS in 2001.Dr. Walsh received his Ph.D. in psychology from the University of Minnesota. He is currently on the faculties of the University of Minnesota and the University of St. Thomas. He has been the recipient of many awards including the 1999 “Friend of the Family Award” presented by the Council on Family Relations. He and his wife Monica have three children, Dan, Brian, and Erinâ–ºRaising MediaWise Kids: Safety in the CyberhoodThis presentation breaks new ground on the issue of the impact of mass media on children. Dr. Walsh combines the latest discoveries in the field of brain research with empirical data to show how and why mass media are so powerful in shaping attitudes, values, and behavior in children and youth. He describes the role of media on “the culture of disrespect” and the “seven building blocks for academic success.” This presentation not only provides new understanding of the impact of media, it also offers a concrete plan for positive change. Dr. Walsh lays out the plan to reestablish respect and improve school performance.â–ºCreating a Positive School ClimateClassroom and school climate is a key element in the learning environment. When the climate is good, students feel secure and can learn. When the climate is not good, however, anxiety rises, disorder breaks out and learning goes down. This workshop takes the mystery out of climate. Dr. Walsh describes how it develops and what educators can do to manage it. He addresses topics including “tipping points,” the power of little things, discipline, connectors, and the eight steps to creating positive school climate.â–ºEducation in the Internet AgeThis generation of students is growing up in the midst of one of the greatest revolutions of all time. Video games, the Internet, TV, e-mail, chat rooms–they have all become integrated into children’s lives. In this workshop Dr. Walsh will explore the impact of the digital revolution on children and schools. He will peer into the cyberfuture to catch a glimpse of the world this generation will be living in and how we can best prepare them for that future.â–ºEmotional IntelligenceEmotional intelligence is a critical trait for success in relationships and career. Dr. Walsh explains what emotional intelligence is and how to help children develop it. He combines his experience as a teacher, coach, parent, and child psychologist with the latest insights from brain science to map out a practical plan for raising children who are socially adept, and emotionally mature.â–ºRoots and Wings: The Challenge of AdolescenceAdolescence has been described as a “normally abnormal stage of life.” Dr. Walsh describes nine traits of this developmental stage that make adolescents an exciting, fun, and sometimes baffling group to work with. He will combine the latest findings from brain research to deepen our understanding of the changes that adolescents are experiencing. He also describes what adolescents need from adults and how adults can stay connected to kids when they seem to be asking for a separation.â–ºBoy Brains and Girl Brains: What Does Science Tells Us?Are boys naturally better at math? Do girls’ brains give them an edge in verbal skills and reading? Brain science is helping us figure out the inherent differences between boys and girls. Dr. Dave Walsh not only separates the facts from the myths, but he also translates the latest research into strategies that parents and teachers can use to enhance learning and development for all children.Contact a speaker booking agent to check availability on Dr. David Walsh and other top speakers and celebrities.