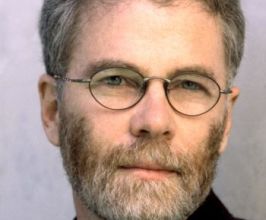 Dr. Gregory Stock, a biotech entrepreneur, bioethicist, best-selling author and public communicator is a leading authority on the broad impacts of genomic and other advanced technologies in the life sciences. Currently he is the Co-Director of the Mount Sinai Precision Wellness Center. He founded the influential Program on Medicine, Technology and Society at UCLA’s School of Medicine in 1997 and served as its director for ten years while leading a broad effort to explore critical technologies poised to impact humanity’s future and reshape medical science and healthcare. Through a series of high-profile symposia, lectures, and media appearances, Stock has catalyzed broad public debate about the social and public policy implications of today’s revolution in molecular genetics and bioinformatics, and about how most effectively to translate progress in basic science into improved therapeutics and healthcare.Dr. Stock is a longtime advocate for aggressive biomedical research funding and cautious regulatory policy. In 2003, he co-founded Signum Biosciences, a Princeton University spinoff created to develop a new class of anti-inflammatory signal-transduction molecules to combat neurodegeneration. He served as the CEO of Signum for 7 years, directing efforts to develop a therapeutic for Alzheimer’s and related anti-inflammatory cosmeceuticals and nutraceuticals. In 2010, he co-founded Ecoeos, a personalized-health company that developed the first genetic test for susceptibility to mercury toxicity. Stock served as CEO and CSO of Ecoeos until 2014.Dr. Stock has been an invited speaker to many academic, government and business conferences. He sits on the editorial boards of The Journal of Evolution and Technology, and Rejuvenation Research. Stock has been profiled in the Wall Street Journal, New York Times, MIT Tech Review and Lancet. He makes regular appearances on television and radio, including CNN, PBS, NPR, Bloomberg, and the BBC and has been in dozens of one-on-one healthcare and policy debates with Francis Fukuyama, Jeremy Rifkin, Leon Kass, Daniel Callahan, Ray Kurzweil, Bill McKibben, George Annas and other prominent figures.Dr. Stock’s book, Redesigning Humans: Our Inevitable Genetic Future with Houghton Mifflin won the Kistler Book Prize for Science books and was nominated for a Wired Rave Award. Among his other books are Engineering The Human Germline: An Exploration of the Science and Ethics of Altering the Genes We Pass to Our Children with Oxford University Press, Metaman: The Merging of Humans and Machines into a Global Superorganism with Simon & Schuster, and his best seller, The Book of Questions with Workman Press, which has sold 2 1/2 million copies and been translated into 18 languages. It is now in its 77th printing. Sequels to that book include The Book of Questions: Business, Politics, and Ethics, The Book of Questions: Love and Sex, and The Kids’ Book of Questions. Stock is now working on a new book, On the Cusp: The Future of Healthcare and Medicine, to examine the disruptive, technology-driven transformation of Medicine that is rapidly approaching.Gregory Stock serves on the California Advisory Committee on Stem Cells and Reproductive Cloning. He also serves on the boards of Signum Biosciences, Nutralogix, and Napo Pharmaceuticals, a private pharmaceutical company with a fast-tracked drug for diarrhea associated with HIV retroviral therapy. He has a doctorate in Biophysics from Johns Hopkins University and an MBA from Harvard University.Contact a speaker booking agent to check availability on Dr. Gregory Stock and other top speakers and celebrities.