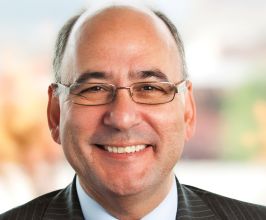 Professor of History at the University of Central Florida

Dr. Luis Martínez-Fernández holds B.A. and M.A. degrees from the University of Puerto Rico and a Ph.D. from Duke University. He is Professor of History at the University of Central Florida, where he directed the Latin American, Caribbean, and Latino Studies Program. Previously, he taught at Rutgers University and served as chair of its Department of Puerto Rican and Hispanic Caribbean Studies.Dr. Martínez-Fernández is a prolific and influential author. He has researched and written extensively on a wide range of topics on Cuba and the Caribbean. His publications include articles in Cuban Studies, Slavery and Abolition, Latin American Research Review, The Americas, Caribbean Studies, and in numerous anthologies and edited volumes. His books include: Torn between Empires (1994), Fighting Slavery in the Caribbean (1998), Protestantism and Political Conflict in the Nineteenth-Century Hispanic Caribbean (2002), Frontiers, Plantations, and Walled Cities: Essays on Society, Culture and Politics in the Hispanic Caribbean (2011), and Revolutionary Cuba: A History (2014), which has been widely acclaimed as the most comprehensive and systematic study on the subject ever written. The book was featured in the 2014 Miami Book Fair International and received an award in the category of Best History Books from the International Latino Book Awards (2015). His most recent book is Key to the New World: A History of Early Colonial Cuba (2018). Martínez-Fernández was also Senior Editor of the multiple award-wining, two-volume Encyclopedia of Cuba: People, History, Culture.Dr. Martínez-Fernández is also an experienced and acclaimed public speaker, whose multimedia presentations and speeches are both substantive and accessible. Known for his engaging delivery style, he has spoken before a wide range of audiences, from elementary school students to cruise ship passengers to jurors in courtrooms to college student audiences. His public speaking engagements cover a variety of topics on the history, culture, and politics of Cuba, Puerto Rico, and the Caribbean; Hispanics/Latinos in the United States; and various aspects of education. He also addresses contemporary social, cultural, and political topics such as Latino politics, workplace diversification, the relevance of the arts and humanities, multiculturalism, and innovative teaching and learning methods. He is fully bilingual and presents and holds seminars in either English or Spanish. He is a regular speaker at Hispanic Heritage Month events (September 15-October 15). His most recent public presentations include the Kennedy Space Center and ADP corporation.In 2001, Dr. Martínez-Fernández was recognized among the most influential Hispanic leaders in the United States in the nationally televised special “Viva! Top Twenty Powerbrokers.” He was a trustee of the College Board (2009-2015) and has served in numerous professional, editorial, and community boards. among them the Cuban Studies journal, the South Atlantic Humanities Center, Hispanic Young Professionals, and Community Advisory Board of WMFE (Central Florida’s NPR and PBS stations), and the Executive Committee of the Board of Directors of the Historical Society of Central Florida. In 2005 he founded the annual Latin American Cultural Festival of Orlando.He has been interviewed and quoted by the New York Times, Wall Street Journal, L.A. Times, Miami Herald, London Financial Times, Orlando Sentinel, MSNBC, BBC, AP, and the national news wire services of Spain, France, Germany, and Mexico. His opinion columns have appeared in the Christian Science Monitor, Miami Herald, Orlando Sentinel, and Chronicle of Higher Education, among other venues.Contact a speaker booking agent to check availability on Dr. Luis Martínez-Fernández and other top speakers and celebrities.