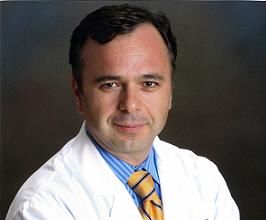 Dr. Fotuhi received his MD degree (cum laude) from Harvard Medical School, as a member of the Harvard-MIT Division of Health Sciences and Technology (HST) and his doctoral PhD degree in Neuroscience from Johns Hopkins University. He is currently the medical director of the NeuroGrow Brain Fitness Center. He also serves as the chief medical officer for the Neurocore Brain Performance Center, an affiliate staff at Johns Hopkins Howard County General Hospital, and a lecturer at Harvard Medical School. In the past, he served as an assistant professor of neurology at Johns Hopkins, as director of center for memory and brain health at Sinai hospital, and as the chief medical officer at NeurExpand Brain Center.Dr. Fotuhi’s initial clinical research at Johns Hopkins focused on basic brain neurochemistry and on finding effective ways to prevent dementia. More specifically, he worked on longitudinal studies to determine the beneficial role of a combination of vitamins and natural supplements along with non-steroidal anti-inflammatory drugs (NSAID) in maintaining cognitive function and brain health. His current research focuses on designing multi-disciplinary treatment programs for patients with memory loss and/or post-concussive syndrome and on clinical trials on the role of natural supplements for enhancing memory. He has published his research in Brain Research, Journal of Neuroscience, the Lancet, Nature, Neurology, Neuron, and Proceedings of National Academy of Science.Dr. Fotuhi has dedicated much of his time to educating the public about memory, aging, and concussion. In his book, “The Memory Cure: How to Protect Your Brain Against Memory Loss and Alzheimer”s Disease,” he provides clear and concise information about how to prevent dementia. His second book, entitled “The New York Times Puzzles to Keep Your Brain Young: The 6 Step Age Defying Program,” was released in January 2008. His most recent book, “Boost Your Brain,” teaches people how they can grow the size of their hippocampus. He has had two PBS programs, entitled “Conquering Memory Loss” and “Fight Alzheimer’s Early.” He has been interviewed by more than 50 media outlets including ABC News, CTV, CBS, TODAY show, Montel show, Fox News, Dr. Oz show, Discovery Channel, The Boston Globe, USA Today, Health magazine, Ladies’ Home Journal, Forbes, BusinessWeek,The Chicago Tribune,The Washington Post, The Wall Street Journal, The Montreal Gazette, and The Times (London).Dr. Fotuhi has taken a leadership role in medical education as well. He has received numerous awards for his innovative and dynamic teaching style. He is one of the most popular instructors at Harvard Medical School, where he designed and helped to build two 5-foot-tall brain models for his students in neuroanatomy classes. He won the distinguished teaching award from the American Academy of Neurology in 2001. He has presented academic lectures as the honorary visiting professor in Canada, Egypt, China, Israel, and Japan; he also had the honor of presenting a lecture at a United Nations meeting in New York in September 2010 and at the legislative briefings for the house and senate in Maryland in February 2015.He lives with his wife and two daughters in Maryland. His hobbies include ballroom dancing, tennis, and traveling.Contact a speaker booking agent to check availability on Dr. Majid Fotuhi and other top speakers and celebrities.