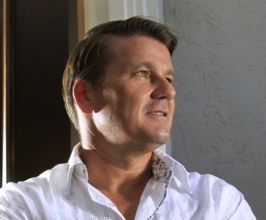 Book Ed Hiner for your event

In his 20-year career as a Navy SEAL, Lieutenant Commander Ed Hiner saw nine major deployments and commanded hundreds of strategic combat missions and operations in Iraq, Afghanistan, the Philippines, and across the globe. Amongst numerous other awards he earned two Bronze Stars with “V” for valor and combat leadership. For two years Ed was the Executive Officer and team leader for the British Special Boat Service (SBS), serving with Task Force Black in a U.S. – U.K. joint commando operations unit under JSOC (Joint Special Operations Command). In his role as a Navy Special Warfare Training Officer, Commander Hiner led basic and advanced training for all Navy SEALs on the national level that included strategic planning and policy determination for the SEAL community. As a SPECAT Officer he held above Top Secret clearance involving national level strategic operations, and was the first-ever Navy SEAL in recorded history to be spot promoted for a combat command for the Battle of Ramadi known as Iraq’s Triangle of Death.Lieutenant Commader Ed Hiner is an LA Times best selling author of “First Fast Fearless,” a frequent subject matter expert on the national news, and principally featured in the 2018 docu-series on The History Channel titled “US Navy SEALs: America’s Secret Warriors.” Ed also holds a Master of Science in Executive Leadership from the University of San Diego, is a keynote speaker for corporate events, and owns and operates a leadership and performance development company that conducts corporate training for businesses and organizations.Ed possesses deep understanding of military operations from the boots-on-the-ground tactical level to that of national and geopolitical policy and planning. He is an expert in unconventional and asymmetrical warfare tactics, techniques and procedures with the highest degree of experiential background in SEA, Air and Land (SEAL) procedures that include, diving, airborne assault, ground combat assault, maritime assault, hand-to-hand combat, close quarters battle, weapons marksmanship, enemy surveillance, special reconnaissance, high value target tracking, hostage rescue, high value target abduction, human intelligence gathering, foreign internal defense and various other Naval Special Warfare skills.Contact a speaker booking agent to check availability on Ed Hiner and other top speakers and celebrities.