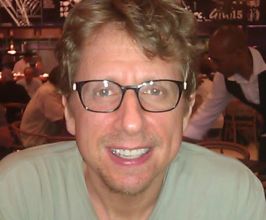 Book Ed Sussman for your event

Ed Sussman is currently the CEO of Buzzr.com, a partnership with Lullabot. He designed a Saas CMS and publishing platform enabling ordinary people, businesses and groups to create highly sophisticated, social media-rich websites. With editions in English and Spanish, Buzzr is a popular reseller platform, including for providers of websites to retail stores, small business in the U.S. and Latin America, and the higher education world. In 2012, Buzzr announced the Buzzr Higher Education Edition, produced with mStoner, the world’s largest provider of digital strategy (and websites) to the higher ed community. New England College will launch as a customer inmid-2013, with several other colleges already in development.Previously, he served as president of Mansueto Digital, where he ran the websites for Inc.com and FastCompany.com for five years (and founded FastCompany TV with Robert Scoble, IncTechnology.com & IncBizNet.com), and as executive vice president of Mansueto Ventures, overseeing business development, events (the Inc. 500/5000 conference) and digital media for Fast Company and Inc. magazines. The company grew digital revenue 600 percent during his tenure to more than $12 million annually and business dev revenue 200 percent to about $3 million. His major initiatives included creating major social media presences for our brands, including, in 2007, relaunching FastCompany.com (on a Drupal platform) as an integrated journalism/community platform.Ed also created a major user-generated database/community for fast-growth private companies, culminating in the Inc. 5,000 and IncBiznet.com.His background is as a journalist (executive editor of Inc. and various positions at Worth, P.O.V., The Financial Times of London and the Wall Street Journal/Europe) and as a lawyer. He graduated Duke Law in 1992, first in my class, and clerked for a federal district court and a federal appellate court judge.As a consultant, on behalf of media companies and private investors, he has evaluated the digital properties of multi-platform content producers, especially publishers transitioning to greater digital presences.Contact a speaker booking agent to check availability on Ed Sussman and other top speakers and celebrities.