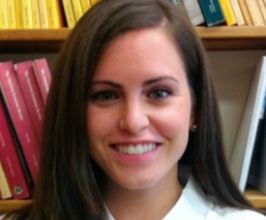 A successful business owner, expert life coach and public speaker Eli is a dazzling inspiration to people across North America.

Book Elizabeth Davidson for your event

Successful Business Owner:-         Her upbeat attitude and personal story of going from challenge to champion encourages people to take that first step to overcome their own obstacles. Her unique approach combines her “I”ve been in your shoes” manner, playful humor and deep compassion. People naturally wake up to their own possibilities of greater health, wealth and happiness using her tools and Turnaround Techniques. By breaking positive change down into bite sized morsels she assists her audience to implement those steps immediately.Actress:-         As an actress, she shared the stage, television and movie screen with Christopher Walken, Kiefer Sutherland and Michael J.Fox. Oscar winner, John Madden (best director Shakespeare in Love) wrote a role in for her in the Obie Award winning play, Cinders, at the legendary Public Theatre. He cast the entire play, began rehearsals and said, “the play isn’t complete without Eli.”Designer:-        As a self-taught designer,her products appeared in Neiman Marcus, Saks and Nordstrom’s nationwide.   Meryl Streep, Tom Hanks and Kim Bassinger were a few of her celebrity customers. From the ashes of a difficult divorce, she started a leading Healthcare consulting company working with: Cambridge Insurance, Zurich Insurance, Hartford Insurance, Kemper Insurance, Liberty Mutual, State Compensation Insurance Fund, and Glendale Memorial Hospital.Life Coach:-        As an expert life coach she has coached Oscar Nominees, Golden Globe winners and many of the Hollywood’s inner circle as well as clients throughout the United States, Canada and Great Britain. Eli has also coached numerous leaders as an executive coachin the technology, real estate, entertainment and healthcare industries.Ms. Davidson:-       Eli has been a weekly regular on the satellite radio show, Headgames Radio on Sirius Network.  National television appearances include, “The Before and After Noon Movie” on The USA Network and her famous show commentary on The Today Show. Other television appearances include:“News in the Mornin”, KTBC Fox News, Austin Texas, “Firstcast” KXAN NBC TV, The Dr. Sidman Show, KRLA Los Angeles, California, andThe Dr. Andrew Jacobs Sports Psychology Hour, 810 WHB, Kansas City.Eli received her Master of  Spiritual Psychology degree from The University of Santa Monica. She graduated with the Honor of Student of the Year. The following year, best selling author, Iyanla Vanzant, was awarded the same honor.Ms. Davidson lives in Los Angeles with her domineering cat, Cleopatra Jones.Contact a speaker booking agent to check availability on Elizabeth Davidson and other top speakers and celebrities.