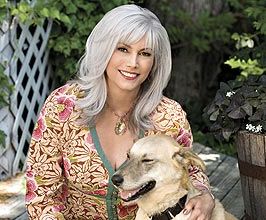 Book Emmylou Harris for your event

With a career that has sold more than 15 million albums worldwide, garnered a remarkable 12 Grammy Awards and stirred music lovers for more than 30 years and counting, Emmylou Harris has been hailed as a major figure in several of America’s most important musical movements of the past three decades. A steadfast supporter of roots music and a skilled interpreter of compelling songs, she also has been associated with a diverse and dazzling array of admiring collaborators from Bright Eyes to Tammy Wynette and from Neil Young to Waylon Jennings and Johnny Cash.The songbird’s contributions to country-rock, the bluegrass revival, folk music, and the Americana movement are widely lauded. Her 1995 Wrecking Ball was a watershed album for her, combining several world-music elements with acoustic instruments, driving percussion, and a folk/roots flavor, and in general catching audiences by surprise, as Harris yet again reinvented her sound. The new style would evolve on a number of Harris’ subsequent releases, including 1998’s Spyboy, 1999’s Western Wall (a collaboration with Linda Ronstadt), 2000’s Red Dirt Girl and 2003’s Stumble into Grace.Emmylou emerged as a solo star with Pieces of the Sky in 1975. The album electrified the country-music world, becoming the first in a series of annual gold or platinum albums through the ‘70s. Her next three releases (Elite Hotel, Luxury Liner and Quarter Moon in a Ten-Cent Town) made her an unquestioned country-rock leader, and since then Emmylou Harris has been regarded as a key figure in the movement that united rock audiences with country traditionalists.By the early 1990s Harris changed her sound again with the acoustic band The Nash Ramblers and honored one of country music’s most legendary concert halls with the Grammy-winning Live at the Ryman CD of 1992. Just three years later, Emmylou took a leading role in yet another musical revolution—the Americana movement that gave country music its “alternative” wing.With 2000’s Red Dirt Girl, Emmylou released the first album of her career that was nearly entirely comprised of Harris-penned songs. The album, and its follow-up, 2003’s Stumble Into Grace, revealed a remarkable songwriting talent in Emmylou Harris, and further demonstrated Harris’ diverse musical influences, mixing world music instrumentation and rock rhythms into her country and folk confidence and verve.Billboard magazine honored Emmylou Harris with its prestigious Century Award in 1999, aptly calling her a “truly venturesome, genre-transcending pathfinder. The Los Angeles Times praises the unfaltering quality of her work, saying, Emmylou Harris “has made consistently outstanding musical choices over her 35-plus-year career.”Contact a speaker booking agent to check availability on Emmylou Harris and other top speakers and celebrities.