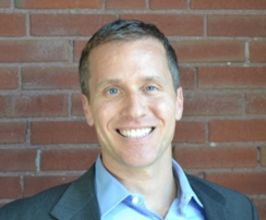 Missouri Governor; Former Navy SEAL and Founder of The Mission Continues; Best-Selling Author of “Strength and Compassion and The Heart and the Fist”

Book Eric Greitens for your event

Eric Greitens is a former Navy SEAL, the founder of The Mission Continues, and an award-winning and best-selling author. Exclusively represented by Leading Authorities speakers bureau, Greitens draws from his experience as a humanitarian and Navy SEAL lieutenant commander to address leadership, team building, overcoming adversity, and the power of service. Using humor and personal anecdotes from his travels, he engages his audience in highly visual, dynamic, and inspiring presentations and challenges them to make small changes and improvements in their lives.Greitens is a noted humanitarian, documentary photographer, and researcher who has worked across the globe. His doctoral thesis, Children First, investigated how organizations can best serve war-affected children and inspired his award-winning book of photographs and essays, Strength and Compassion, which was recognized as ForeWord magazine’s “Photography Book of the Year,” and was the winner of the 2009 New York Book Festival. Greitens’ latest book, The New York Times best-selling The Heart and the Fist: The Education of a Humanitarian, the Making of a Navy SEAL, provides insights into service and leadership during challenging times, with Greitens drawing from his experience as a SEAL, humanitarian, and volunteer at The Mission Continues. He has also written The Warrior’s Heart, a young adult adaptation of the book.Greitens is a Navy SEAL officer who deployed four times, to Iraq, Afghanistan, Africa, and Southeast Asia. He served as the commander of a Joint Special Operations Task Unit, commander of a Mark V Special Operations Craft Detachment, and as commander of an al Qaeda Targeting Cell. While in Iraq, Greitens and his comrades were hit by a suicide truck bomb. He escaped with minor injuries, but some of his comrades were much harder hit. His personal military awards include the Purple Heart and the Bronze Star, among myriad others. In 2011, the Association of the United States Navy named Greitens their Navy Reserve Officer of the Year.After returning from Iraq, Greitens founded The Mission Continues, which empowers wounded veterans to serve and lead in communities across America. For his work, he received the President’s Volunteer Service Award, and the Draper Richards Foundation selected Greitens as a fellow, recognizing him as an innovative leader. The following year the Manhattan Institute for Social Entrepreneurship honored Greitens as one of the five leading social entrepreneurs. He was also honored by Major League Baseball, PEOPLE magazine, Outside Magazine, and the National Conference on Citizenship. In 2011, The Social Venture Network recognized The Mission Continues as one of the most impactful forces in the community. His work has also been covered by nearly every national media outlet, and in 2013 he was named one of TIME magazine’s “100 Most Influential People.”Greitens was appointed as a White House fellow, the most prestigious fellowship for leadership and public service and continues to study and teach public service as a senior fellow at the Truman School of Public Affairs at the University of Missouri and at the Olin School of Business at Washington University. Greitens is also a golden gloves boxer and sub-3 hour marathon runner.Contact a speaker booking agent to check availability on Eric Greitens and other top speakers and celebrities.