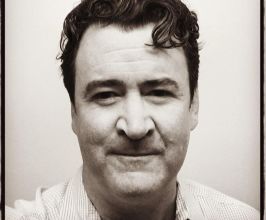 Entrepreneur In Residence at Progress Partners

Book Eric Picard for your event

Eric Picard is an advertising technology expert with more than 20 years of experience in the ad technology industry. Eric is Vice President of Advertising Product Management at Pandora Media. Previously he led Omni-Channel Media at MediaMath, focused on the DSP product.Eric was the CEO of Rare Crowds, which was acquired by MediaMath in 2014. Rare Crowds was an advertising technology startup that worked on redefining advertising inventory in a way that fundamentally improves the economics of the space.Eric was previously the Chief Product Officer at TRAFFIQ, where he led product management, software development, quality assurance, and product support.Eric previously was at Microsoft for six years, most recently starting the Bing Business Portal team, focused on local and location based marketing services for businesses. Before this he served as the Advertising Technology Advisor to the Advertising Platform Engineering team at Microsoft, where he created their long term vision, managed strategy and issues at the intersection of technology and the ad ecosystem.Eric held several other pivotal advertising technology roles at Microsoft covering several key areas, including managing the long term ad platform and product strategy – determining what the end-state of Microsoft’s ad platforms and other advertising offerings should look like. He also managed the emerging media product planning, planning for incubation & research teams, and designed next generation advertising products. Eric managed the advertising technology acquisition planning from 2005 through 2007 – including reviewing hundreds of deals, and participating on deal teams for numerous pivotal acquisitions, such as Massive, Screen Tonic, adECN, aQuantive and others.Formerly, Eric was founder and director of product management at Bluestreak from 1997 to 2004, where he oversaw advertising products, such as third-party ad serving, ad analytics, rich media products and led development of many company technologies. He helped pioneer rich media advertising in the late ’90s and has been active in most of the critical industry conversations related to technology, including the IAB’s Measurement Committee and Rich Media Task Force. Before this Eric started 9th Square Inc., focused on distributed e-commerce solutions, and Waterworks Interactive, a boutique web application development shop. A frequent speaker across the industry, Eric has written about advertising technology since 1999.Eric has advised large companies, venture firms, hedge funds, private equity firms, and numerous startups in the online space, on topics such as product strategy, market strategy, understanding the ad ecosystem, fund raising, how to get acquired, how to negotiate an exit event, team structure, technical or business model due diligence, etc…Contact a speaker booking agent to check availability on Eric Picard and other top speakers and celebrities.