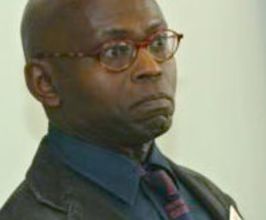 Book Eric Samuel for your event

Words are hopeless without action. I wanted to be a ‘doer’ and not a ‘sayer,’ says Eric Samuel, founder and CEO of Community Food Enterprise, a pioneering non-profit organisation, which aims to reduce food poverty in East London in the UK. The enterprise ensures that high quality fresh fruit and vegetables are sold to the local community at affordable prices.Samuel, who was born in St. Vincent in the West Indies, set up Community Food Enterprise after moving to the London Borough of Newham, one of the city’s most deprived districts, in 1998. Over the previous 35 years, Newham had received more regeneration money that anywhere else in the UK, yet poverty was still rampant.“Most of the people who were responsible for developing regeneration programmes were not from the area,” says Samuel, “yet they were telling local people what changes should take place. I wanted to change that through a bottom-up approach, whereby local people were given the opportunity to say what they wanted and actually help implement the projects.”Since its foundation in 2002, Community Food Enterprise has set up over 70 projects across East London including some of the most innovative food access projects in the UK. These include: fifteen food co-ops based mainly in infant and primary schools in Newham and staffed by volunteers; a Mobile Food Store which makes fresh fruit and vegetables available to homebound residents, the elderly and families with young children; and “Cook and Eat” sessions which teach local residents how to cook healthy food on a budget.“The hardest thing about setting up Community Food Enterprise,” Samuel says, “was getting funding. I had to use my own personal funds to set up the project. Then after the project was successful, I faced many political obstacles locally.”However, Samuel has also experienced many highlights in the course of setting up and running Community Food Enterprise, including: developing a National Training Programme for Community Food Workers, which is now available nationally; receiving President Lula da Silva of Brazil and giving him a presentation on the work of the organisation; and being voted UK Whitbread Volunteer of the Year in 2001.Samuel draws strength from his Christian faith. “I am motivated by ‘the Christ in me’,” he says. “As a committed Christian, I want to lead people to Christ through my actions and not words.” His heroes include the apostle Paul, Nelson Mandela, and Muhammad Ali. Samuel himself was an amateur boxer while at school. However, his admiration for Ali stems from the boxer’s sincerity in fighting for what he believed was right, rather than his sporting prowess.Contact a speaker booking agent to check availability on Eric Samuel and other top speakers and celebrities.