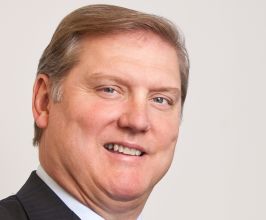 Book Eric Spiegel for your event

Eric Spiegel is a global management executive with more than 35 years of experience leading multi-cultural teams in complex organizations focused on energy, power, chemical, water, industrial, automotive and healthcare fields.Spiegel serves as a Director for the Boards of Liberty Mutual Insurance and Dover Corporation. He also is a Special Advisor for General Atlantic and a Board member for OneOncology.Eric Spiegel joined Siemens in January, 2010, as President and Chief Executive Officer of Siemens Corporation and CEO of the U.S. Region. As CEO of the global engineering and technology company’s largest single market, Spiegel was responsible for growing the U.S. business in the Industry, Energy and Healthcare sectors. Siemens had $25 billion in U.S. sales in FY 2010 and exported ~$2 billion in products from the U.S. With more than 60,000 American employees and nearly 100 manufacturing locations. Spiegel left Seimens at the end of 2016.Mr. Spiegel brought to Siemens twenty-five years of global consulting experience with complex organizations in the energy, power, chemical, water, industrial and automotive fields. Prior to joining Siemens, Mr. Spiegel was at Booz Allen Hamilton from 1986-2008. From 2008-2010, Mr. Spiegel was a senior partner and served as the Managing Partner of Booz & Company’s Global Energy, Chemicals and Power consulting practice and led the firm’s Washington D.C. office.From 1999-2003, he served as the Managing Director of Booz Allen Hamilton International while living in Tokyo. This role included managing the firm’s business in Asia, South America and the Middle East. He was an original member of the Board of Directors for Booz & Company and was previously a member of the Board of Directors for Booz Allen Hamilton, Inc. Earlier in his career, Mr. Spiegel worked at Brown Boveri (now ABB) and Temple, Barker & Sloane, Inc. (now Oliver Wyman).An expert on the global energy industry, Mr. Spiegel co-authored the 2009 book Energy Shift: Game-changing Options for Fueling the Future, which has been translated into Arabic, Spanish, Korean and Japanese.Mr. Spiegel holds an MBA from the Tuck School of Business at Dartmouth College where he was an Edward Tuck Scholar and received his A.B. with Honors in Economics from Harvard University. He is a member of the Executive Committee of Ford’s Theatre in Washington, D.C. and The Board of Overseers at Dartmouth’s Tuck School of Business. He is also a member of the Business Roundtable, the U.S. Chamber of Commerce and the Electrification Coalition.Contact a speaker booking agent to check availability on Eric Spiegel and other top speakers and celebrities.