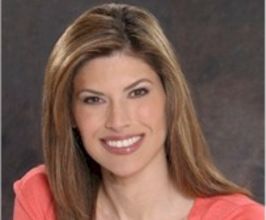 Book Gail Kasper for your event

Professional Speaker Gail Kasper is an internationally renowned Life Strategist, author, in-demand television personality, and currently the reigning Ms. contl America 2007-2008. Ranked in the top 12% in the country as a Professional Speaker, according to National Speaker Association statistics, Gail has served as a Contributing Editor to the national magazine, Success, and is the co-author, along with Stephen Covey and Brian Tracy, of the book “Mission Possible” and author of the audio CD programs “Make a Decision to Win” and “Likable You.” Gail provides individuals with personal and professional etiquette advice whether it involves solutions to workplace dilemmas or provides individuals with advice that will improve their relationships and increase their productivity and results at home.Earning the ranks of an in-demand television personality, Gail hosts The Philadelphia Visitors Channel and has been the Host of the Ask Gail segment on Comcast CN8 Your Morning show. Her television portfolio has been complemented by numerous appearances on network affiliates such as ABC, FOX, CW11, and CBS where she was the former co-host of the Emmy award-winning Americas TVJobNetwork. She is also a member of the National Speakers Association.But success didnt come easy for Gail. Her beginnings were humbling, where at the age of 19, she moved to California alone with no job, no car, and no place to call home. Driven to success, Gail repeatedly spent her free time learning new skills at various jobs and transitioned from secretarial positions to management to president and business owner, where in the middle of bankruptcy, she took a speaking business from infancy, where she could barely pay the bills with a $17,000 income, to ranking within the top 12% of speakers across the country and becoming a credible source for the television media. She is resilient and when faced with life’s challenges, stays focused and seeks out solutions.As a certified speaker and trainer, Gail has become a role model to both adults and students with a speaking program portfolio that touches every person from the front line employee to the president of the company. Her strategies have earned her an outstanding reputation where she has been recognized by ABC as a “Time Management” expert and applauded by organizations across the country for her return-on-investment sales program, Selling Success. As a Life Coach, Gail is known for her ability to read people and can easily identify a person’s strengths as well as any obstacles that would prevent them from achieving a goal. Multi-million dollar companies, top CEOs, associations, Ivy League universities, professional sports teams and athletes have adopted Gails recommendations with marked results.As the founder and executive director of the Make a Decision to Win Foundation, Gail volunteers her time to empower adults and students to find the greatness within themselves. As the owner of two rescued Basset Hounds, Apollo and Winslow, Gail is the founder of Pawtographs, a foundation where the animal raises money and awareness for animal rescue by signing their paw print on a photograph and then selling it. Gail recently went to Capital Hill where she was successful in pushing forward House Bill #749 to create a National Animal Rescue Day.Contact a speaker booking agent to check availability on Gail Kasper and other top speakers and celebrities.