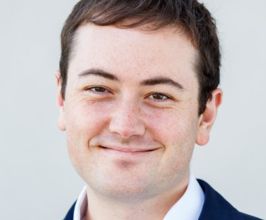 Book Garrett Neiman for your event

Garrett Neiman, a Stanford graduate, is Co-Founder and CEO of CollegeSpring, California’s largest and premier non-profit provider of SAT preparation, college admissions, and financial aid support services to low-income students. Since 2008, more than 2,700 students in Los Angeles and the Bay Area improved their SAT scores an average of nearly 200 points and prepared for college through CollegeSpring’s 80-hour program, which includes classes led by professional teachers, small group mentoring led by undergraduates, and diagnostic testing. This year, CollegeSpring will serve over 2,500 students from 40 high schools on a budget of $2.7 million through contracts with schools, the federal work-study program, and philanthropic support from The Packard Foundation, The Keck Foundation, The Heckscher Foundation, Coleman Fung, Mindy Rogers, Tom Friel, Gene Sykes, Frank Baxter, John Kissick, Martha Karsh, Larry Stupski, Sheryl Sandberg, and many others.Garrett’s other experiences include consulting projects with Learn Capital and Google’s Education Applications team, an internship at the U.S. Department of Education, research with a famous education economist, and co-leadership of Stanford Dance Marathon. Previously, Garrett was a voting member of Stanford’s Board of Trustees, the Stanford Club of San Francisco, the Public Service Student Advisory Board, and Co-Chair of the Senior Gift Committee. Currently, Garrett is a member of the World Economic Forum’s Global Shapers Program, the Milken Institute’s Young Leaders’ Circle, and the Alliance for College-Ready Public Schools Young Professionals Board.Garrett’s work has been profiled in The New York Times, BusinessWeek, The San Francisco Business Times, The Orange County Register, and Education Week. He has also been an invited speaker at events hosted by The College Board, Credit Suisse, Goldman Sachs, Morgan Stanley, Northwestern, and Stanford.In his spare time, Garrett likes to run, travel, and try new restaurants.Contact a speaker booking agent to check availability on Garrett Neiman and other top speakers and celebrities.