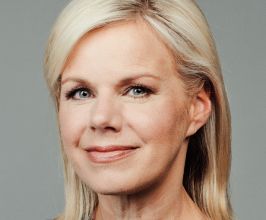 Book Gretchen Carlson for your event

Gretchen Carlson is one of the nation’s most successful and recognized news anchors and a tireless advocate for workplace equality and the empowerment of women. She most recently hosted The Real Story on Fox News for three years, and prior to that co-hosted the #1 rated cable morning news show, Fox and Friends, for more than seven years. Carlson started her television career in Richmond, Virginia, as a political reporter, and later served as an anchor and reporter in Cincinnati, Cleveland and Dallas. She moved to the national scene as the co-host of The Saturday Early Show on CBS in 2000 where she also served as a CBS News correspondent covering the G-8 Summit in Genoa, Italy, the Timothy McVeigh execution, 9-11 from the World Trade Center, the Bush-Gore election, and many other national and international stories. She reported and produced a 30-part series on domestic violence that won several national awards. In 2015, Carlson’s first book, Getting Real, became a national best-seller.An honors graduate of Stanford University, Carlson was valedictorian of her high school class and studied at Oxford University in England. Carlson grew up as a child prodigy on the violin, performed as a soloist with the Minnesota Symphony Orchestra at age 13, and, in 1989, became the first classical violinist ever to win the Miss America crown. In 2016, Carlson became the face of sexual harassment in the workplace, gracing the cover of Time Magazine and standing strong in her determination to promote a safe working environment for all women. To that end she plans to testify before Congress about workplace inequality and the prevalence of forced arbitration clauses in employment contracts that often keep sexual harassment claims shrouded in secrecy.Ever grateful for her success and the opportunities provided to her and imbued with a “never give up” attitude, Carlson has mentored dozens of young women throughout her career and is in the process of forming a foundation to empower young girls by helping them build self esteem and instilling within them the confidence of knowing that they can be anything they want to be. Carlson serves as a national Trustee for the March of Dimes, a member of the Board of Directors for the Catherine Violet Hubbard Animal Sanctuary in Newtown, Connecticut, and a Trustee of Greenwich Academy, an all girls preparatory day school in Greenwich, Connecticut. She is an active volunteer and teacher at her church and, in 2016, hosted the “Miss You Can Do It” pageant in Illinois to celebrate the achievements of courageous girls and young women with disabilities. Carlson is married to sports agent Casey Close, with whom she has two daughters.Contact a speaker booking agent to check availability on Gretchen Carlson and other top speakers and celebrities.