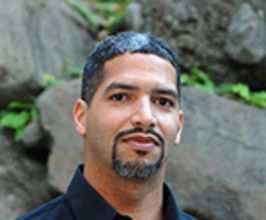 Book James McLurkin for your event

James McLurkin is a senior engineer at Google, working on hardware development.Prior to this position, he was an Assistant Professor at Rice University in the Department of Computer Science for almost 10 years.As a child, McLurkin was constantly building with LEGO bricks, cardboard boxes, or any other materials he could get his hands on. Today, McLurkin continues this tradition. Using Mother Nature as a model, his core research is developing distributed algorithms for multi-robot systems: the software for large swarms of autonomous robots. Inspired by the behavior of ants and bees, the SwarmBots perform individual tasks that collectively contribute to the goals of the group. They were originally created during his five-year post as Lead Research Scientist at iRobot, one of the world’s leading robotics companies.Since 1995, McLurkin has lectured extensively at companies and universities such as the Smithsonian Museum, Harvard University, Infosys, IBM, and Honda. He is dedicated to illustrating the fun and excitement in science and engineering, and teaches classes to students of all ages, from elementary school to graduate school. He cherishes his “Nerd Pride”, and uses it to help excite the next generation of engineers and scientists.McLurkin is a native of New York, where his parents encouraged his inventiveness and engineering prowess at a young age. From LEGO bricks to BMX bicycling to programming self-designed video games, he quickly became consumed by his passion for engineering. He built his first robot, Rover, in 1988, and quickly followed it with many other designs, including the Robotic Ants created at the MIT Artificial Intelligence Lab for his undergraduate thesis. McLurkin recounts, “I remember when I was in the 7th grade and saw the MIT Mechatronics (2.70) Design Competition on a NOVA television special. I thought, wow, that’s the coolest thing on the planet.” The program featured a behind-the-scenes look at students working in a machine shop, using huge tools to build robots. “I was amazed at the machines they were building and the intensity of the competition… and I realized that’s what I wanted to do, and that’s where I wanted to go to school.”In 2003, McLurkin received the Lemelson-MIT Student Prize, which is awarded to burgeoning MIT student inventors. Also in 2003, he was recognized by Time Magazine as one of five leading robotics engineers in their “Rise of the Machines” feature, and by Black Enterprise magazine as a “Best and Brightest Under 40.” In 2002, he was featured in the Lemelson Center’s nationwide interactive traveling exhibit, Invention at Play, which began at the Smithsonian’s National Museum of American History in Washington, D.C.He holds a S.B. in electrical engineering with a minor in mechanical engineering from MIT, a M.S. in electrical engineering from the University of California, Berkeley, and a S.M. and Ph.D. in computer science from MIT.Contact a speaker booking agent to check availability on James McLurkin and other top speakers and celebrities.