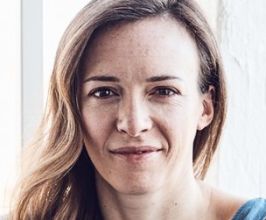 Book Jessica Jackley for your event

Jessica Jackley is a Founder and former Chief Marketing Officer of KIVA, the world’s first peer to peer microlending website. KIVA lets users lend as little as $25 to poor entrepreneurs around the world, providing affordable capital for them to start or expand microenterprises. Named one of the top ideas of 2006 by The New York Times Magazine, and praised by Oprah, Bill Clinton and countless others, KIVA is one of the fastest-growing social benefit websites in history. Jackley was also recently praised by Forbes , named as one of 5 rising stars in Healthcare, Education, and the Environment. Jessica Jackley also stars in a viral 2012 Best Buy television commercial about how her first laptop helped her start KIVA. Jackley is the recipient of the 2012 Symons Innovator Award, which recognizes the importance of women’s participation in technology innovation and business.Since its founding in 2005, KIVA has loaned over $500 million from lenders to entrepreneurs across 206 countries. For all its success, KIVA remains focused on a simple mission to connect people through lending to alleviate poverty, one person at a time. Jackley was also a founder and CEO of ProFounder, which joined forces with GOOD in 2012 to create innovative tools and experiences for entrepreneurs to crowdfund.Jackley first saw the power and dignity of microfinance while working in East Africa with a microenterprise non-profit. Convinced that social change happens across all sectors, Jackley has worked in public, nonprofit, and private organizations including the Stanford Center for Social Innovation, Amazon.com, Potentia Media and many others.Jessica currently serves as a Venture Partner with the Collaborative Fund, focused on investing in creative entrepreneurs who want to change the world through emerging technologies. She is also the director of the board for Habitat for Humanity and is a Visiting Practitioner at Stanford University’s Center for Philanthropy and Civil Society. Also an educator, Jackley was Barer Visiting Fellow at Drew University, taught Global Entrepreneurship at the Marshall School of Business at USC, and lectures frequently at other universities around the country. She holds an MBA from the Stanford Graduate School of Business and a BA in Philosophy and Political Science, and serves as an active advisor and board member on several organizations championing women, microfinance, tech, and the arts. Discussing a wide range of timely issues, from economic development to women’s empowerment to Web 2.0, she reminds us that, at the heart of social entrepreneurship, the relationships we form with each other and the extent to which we believe in each others’ potential are the most powerful forces for positive change.Jackley has published a book about her entrepreneurial journey, and the lessons learned along the way from entrepreneurs in unexpected places—the goat herders, seamstresses, farmers, and many more.Contact a speaker booking agent to check availability on Jessica Jackley and other top speakers and celebrities.