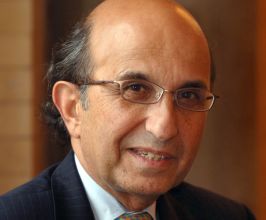 Book Joel Klein for your event

Joel Klein is the Executive Vice President and CEO of the Education Division of News Corporation. He has held the position since 2011, after stepping down as Chancellor of the New York City Department of Education, the largest public school system in the United States.New York magazine ranked Klein as one of the most influential people in public education, despite never obtaining the common formal credentials that one would have to take a leadership role in a public school system.As the Former Chancellor, Klein oversaw more than 1,450 schools with over 1.1 million students, 136,000 employees and a $15 billion budget. Through a comprehensive reform program called Children First, Klein transformed the troubled public school system, and worked to ensure that every child would graduate with the skills to become a fully engaged member of society.Before accepting the appointment as Chancellor, Klein was chairman and chief executive officer of Bertelsmann, Inc., and chief U.S. liaison officer to Bertelsmann AG, one of the world’s largest media companies. Prior to that, Klein was a trial and appellate lawyer. He was assistant attorney general in charge of the U.S. Department of Justice’s antitrust division. Serving one of the longest tenures ever as head of the 700-lawyer division, Klein led landmark cases against Microsoft, WorldCom/Sprint, Visa/Mastercard and General Electric, prevailing in a large majority of cases.His appointment to the U.S. Justice Department came after Klein served two years (1993-95) as deputy counsel to President William J. Clinton. Klein entered government work after 20 years of public and private legal work in Washington, D.C. He began his career as a law clerk, first to Chief Judge David Bazelon on the U.S. Court of Appeals for the D.C. Circuit (1973-74), and then to Justice Lewis Powell on the United States Supreme Court (1974-75). He next worked at a public interest law firm, the Mental Health Law Project (1975-76). For the following five years, he was an associate and partner at the law firm of Rogovin, Stern & Huge (1976-81). Klein joined two colleagues to start their own law firm, Onek, Klein & Farr, in 1981.During a leave of absence from law school in 1969, he studied at New York University’s School of Education and later taught math to sixth-graders at a public school in Queens. Klein has served as a visiting and adjunct professor at the Georgetown University Law Center and has published several articles in both scholarly and popular journals.Klein has participated in Big Brothers, served as chairman of the board of the Green Door (a pioneer community-based treatment program for mentally ill residents of the District of Columbia) and as treasurer of the World Federation for Mental Health. He also has served on several boards of non-profit organizations such as the National Symphony Orchestra Association.Klein was born in New York City. He attended the city’s public schools and graduated from William Cullen Bryant High School. Klein received his BA from Columbia University where he graduated magna cum laude/Phi Beta Kappa in 1967. He earned his J.D. from Harvard Law School in 1971, again graduating magna cum laude.Contact a speaker booking agent to check availability on Joel Klein and other top speakers and celebrities.