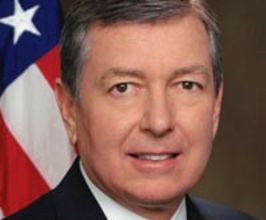 Book John Ashcroft for your event

Former U.S. Attorney General, Governor and U.S. Senator John Ashcroft serves as founder and Chairman of The Ashcroft Group and The Ashcroft Law Firm (together, the “Firm”). Together with the select group of seasoned, respected and experienced senior executives he recruited to join him – many of whom helped to lead the U.S. Department of Justice during a significant time in our nation’s history – the Firm has earned a reputation for integrity and a track record for accelerating successful resolutions of even the most complex matters. With a focus on issues of integrity and corporate governance, the Firm provides compliance advice, legal counsel and consulting services to world-leading clients, including Fortune 500 companies, multi-national corporations and corporate executives.As Attorney General, and the U.S. Justice Department’s CEO, Mr. Ashcroft led the world’s largest and foremost international law firm and law enforcement agency—an organization larger than most Fortune 500 companies, with over 122,000 employees. Mr. Ashcroft integrated strategic planning, budgeting and performance measures, which resulted in the DOJ earning a clean audit for the first time in its history.Mr. Ashcroft boldly led the Department of Justice through the transformational period after the September 11, 2001 terrorist attacks. He subsequently reorganized the Department to focus on its number one priority: preventing terrorism. The tough antiterrorism campaign he directed helped keep America safe throughout his tenure and resulted in the dismantling of terrorist cells across America and the disruption of over 150 terrorist plots worldwide.Within two months of the attacks, and with financial markets still reeling, the unprecedented corporate scandals at ENRON, WorldCom and dozens more unfolded, further destabilizing the weakened economy. John Ashcroft was called upon to restore America’s faith in the integrity of our marketplace. He marshaled the resources of the federal government to bring to justice those guilty of massive corporate fraud. At all times, he demanded that cases be brought swiftly, with appropriate serious penalties—always taking into account the best interests of the employees and shareholders whose lives were most directly affected.From 1985 to 1993, as Governor of Missouri, Ashcroft balanced eight consecutive budgets, built a $120 million budget surplus and established a $190 million operating reserve. His management and fiscal integrity helped generate 338,000 new jobs state-wide, a triple-A bond rating from the three major Wall Street rating agencies, a per capita state and local tax burden ranked 49th in the United States and a 12 percent increase in personal income. His new education performance standards led Fortune magazine to name him as one of the nation’s top ten Education Governors. In 1991, the non-partisan National Governors Association voted him Chairman.Elected to the U.S. Senate in 1994, he brought his management skills to Washington where he authored budget rules protecting Social Security and Medicare and helped balance the federal budget for the first time in decades. As a member of the Senate Judiciary, Foreign Relations and Commerce Committees, he worked to reform laws regulating the banking, telecommunications, aviation, transportation and information technology industries.In 1973, Mr. Ashcroft served as Missouri Auditor, followed by two terms as Missouri Attorney General. He was raised in Springfield, Missouri, received his undergraduate degree from Yale University and his Juris Doctor from the University of Chicago.Contact a speaker booking agent to check availability on John Ashcroft and other top speakers and celebrities.