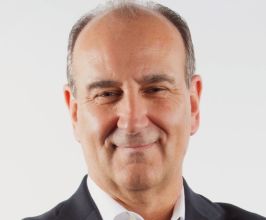 Book John Mattone for your event

John Mattone is widely acknowledged as one the world’s leading authorities on leadership, talent and culture. He advises Fortune 1000 CEO’s and senior leadership teams on how to create and sustain a leadership and talent culture that drives superior operating results.He is a powerfully engaging, internationally-acclaimed keynote speaker and top-ranked CEO executive coach. If you Google the 30 top leadership gurus of 2015, you’ll find John Mattone at number 9, after Marshall Goldsmith and ahead of Jim Collins. He was nominated for the prestigious 2013 Thinkers50 Leadership Award, which recognizes the global thinker who has contributed most significantly to our understanding of leadership over the last two years. He was named to the Thinkers50 “Guru Radar” in 2011 and 2013, which recognizes the world’s fastest rising stars in the fields of leadership and management thinking. He is also currently recognized by HR.com and Warren Bennis’ Leadership Excellence Magazine as one of the world’s top independent leadership consultants, executive coaches, and speakers. He is one of nine executive coaches in the world who have been awarded the coveted Master Corporate Executive Coach (MCEC) certification from the Association of Corporate Executive Coaches.Mattone is the author of seven books, including two recent best-sellers and he is now writing his next release, “Cultural Transformations: Lessons of Leadership & Corporate Reinvention from the C-Suite Elite” (Wiley, 2016). He is the co-author of one of the most respected studies of leadership and talent development in the world, “The Trends in Leadership Development and Talent Management,” which is published bi-annually by Pearson. Hw was also appointed Distinguished Senior Fellow of one of leading business schools in the world, the Hult International Business School and he is the host of his own show, “The CEO Magazine’s C-Suite Coaching Show.”John Mattone’s work has been featured by The Wall Street Journal, Fast Company, Businessweek, Inc. Magazine, MarketWatch, The Huffington Post, The CEO Magazine, ChiefExecutive.net, CLO Magazine, CIO Magazine, The Globe and Mail, Harvard Business Review, and many other respected global news outlets. John Mattone and his work have also been the subject of a 30-minute documentary produced by PBS.Mattone has over 30 years experience in the fields of executive development, leadership and talent development, human capital management, as an entrepreneur who has built two successful human capital consulting firms, as the President of a multi-million dollar leadership consulting firm, and as a leading researcher and author known throughout the Fortune 500 as a cutting edge thinker in the area of trends in executive development and developing high-potential and emerging leaders.He is the founder and CEO of John Mattone-Global. Prior to this, Mattone was the President of one of the top leadership consulting firms in the world, Executive Development Associates, Inc., (EDA) and prior to EDA he was the Vice President of Assessments for Linkage, Inc. Prior to Linkage, he was the Vice President of Sales for Drake Beam Morin, the global career and outplacement firm. Before joining DBM, he spent 10 years building his first successful consulting firm, Human Resources International.John Mattone holds a B.S. Degree in Management and Organizational Behavior from Babson College and an M.S. in Industrial/Organizational Psychology from the University of Central Florida. He serves as an executive MBA faculty member at Florida Atlantic University where he teaches his popular course Global Leadership Assessment and Development. He also serves as a Sr. Talent Management Consultant and Master Executive Coach for Executive Development Associates (where he formerly served as President) and he was recently named President of the International Center for Business Communication (and ICBC’s first Hall of Fame inductee).John Mattone is a member of numerous professional associations including the Association of Corporate Executive Coaches (ACEC), where he was recently named to the advisory board of The University of Continuing Education Coaching Education (UCECE) and was also appointed as ACEC’s Middle East Ambassador.Contact a speaker booking agent to check availability on John Mattone and other top speakers and celebrities.