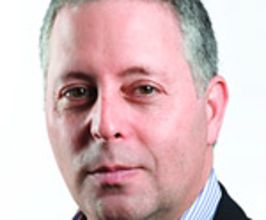 Book Jon Bond for your event

Jon Bond is one of the advertising and marketing industry’s visionaries and thought leaders. Jon co-founded Kirshenbaum & Bond, who was credited with creating the modern integrated agency. Kirshenbaum & Bond is cited as the original “word of mouth” agency, which was it’s initial positioning at it’s inception in the late 1980s.Jon helped build the company into one of the largest independent agency networks in the world. Kirshenbaum & Bond’s assets included the digital agency Dotglu, Media Kitchen, Lime Promotions (who invented the “pop-up store”), and VMM, a digital media buying/technology shop. Billings exceeded $1BB at the time the agency was sold to MDC in late 2009, and clients included a who’s who of brand leaders in virtually every sector: BMW, Citi, Capital One, Avon, Target, Tommy Hilfiger, Victoria’s Secret, Kao brands, Revlon, Estee Lauder, Cisco, Keds, Verizon, Snapple, Wyndham hotels, Delta, Netjets, Meow Mix, Wendy’s, IHOP, AT&T, Diageo, LVMH, and Abbott Labs.Currently, Jon is Chief Tomorroist at Tomorro LLC, a holding company and ‘value accelerator’ for digital marketing and media properties such as recently acquired Blackbook Magazine, ad fraud detection company White Ops, and ROI optimization tool, Promodity.Previously, Jon was CEO of Big Fuel, the second largest social media agency in the world. Big Fuel’s clients included all divisions of GM, Microsoft, Sheraton, Philips, T-Mobile, and AB InBev. Big Fuel was sold to Publicis just five months after Jon’s arrival in 2010. Jon also co-founded iballs, one of the first digital media agencies, which later became the New York office of Avenue A, and eventually became part of Microsoft.In 2010, Jon was voted number four in Adweek’s Executive of the Decade poll. Jon has a range of interests in new age marketing, which keep him current on most new developments. He has been an investor and advisor to the popular social influencer-ranking tool Klout. He is also an investor and advisor to social sentiment analysis firm, Crimson Hexagon, Appinions influencer marketing platform, programmatic buying firms Media6 and Data Xu, crowd source agency Victors and Spoils (recently sold to Havas), and the VC firm Metamorphic.Jon has served on the board of the AAAA, the Ad Council, Advertising Week, and was chairman of Worldwide Partners, the 10th largest global agency network with offices in 63 countries. He is also a board member of the charity God’s Love We Deliver and a co-founder of the gun-responsibility group, Evolve.Jon has appeared on 20/20, The Today Show, CNN, and has been a regular guest blogger for The Huffington Report. He also co-authored Under the Radar (John Wiley & Sons), which has now been published in five languages. Jon has been a guest lecturer at The Harvard Business School, Darden, NYU, and his Alma matter, Washington University in St. Louis. In 2010, Jon appeared in Morgan Spurlock’s film, The Greatest Movie Ever Sold. Recently, Jon became Editor at Large for Mediapost’s new publication, MediaPost Agency Daily, where he writes a weekly column entitled “Truth in Advertising.”Contact a speaker booking agent to check availability on Jon Bond and other top speakers and celebrities.