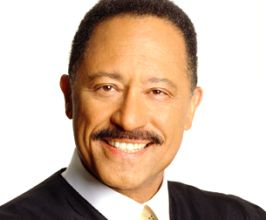 Judge Joe Brown, the non-traditional presiding judge of the syndicated reality courtroom show “Judge Joe Brown,” is committed to making a difference in people’s lives – and he does.Judge Brown has been serving as a sitting judge of the Shelby County Criminal Courts in Memphis, TN, since 1990. As the only active criminal court judge in the courtroom series genre, Judge Brown has a whole new way of sentencing first time, non-violent offenders – and the results are riveting. His alternative sentencing put him in the national spotlight, which was further intensified after he was assigned to reopen the case of the late James Earl Ray, convicted assassin of the late Martin Luther King, Jr.“I don’t sentence anyone the conventional way if I can think of a better way to get their attention,” says the man who, as a graduate of UCLA law school in 1973, moved to Tennessee and became the first African American prosecutor in Memphis.Judge Brown’s unusual method of administering justice comes straight from his childhood. Born in Washington, D.C., Judge Brown relocated to the Crenshaw area of South Central Los Angeles as a child.“I grew up in one of the toughest neighborhoods in South Central Los Angeles,” he says. “If you saw the movie Boyz ‘n the Hood, that was the way I grew up.”The only child of hard-working teachers, Judge Brown formed his tough-love philosophy early on. “I watched my parents tough it out on a daily basis and I saw that what really kept them going was making a difference to others,” he states. “That’s why today, ‘making a difference to others’ is everything I’m about.”While nearly everyone in his neighborhood fell victim to the harsh realities and circumstances of living in an inner city, Judge Brown chose education instead. He graduated high school at the top of his class, and went to UCLA where he paid for his tuition by loading trucks and digging ditches. As a political science undergraduate at UCLA, Judge Brown did not think of a future in the law field at the time – and certainly not a future in television.Judge Brown became intrigued by the possibility of a legal career after a friend recommended that he try out law school. It turned out to be a perfect fit, and he was a brilliant student, earning his Doctor of Law degree from UCLA with fellowships and honors. He moved to Memphis in 1974 to take a Legal Services position with the Equal Employment Opportunity Commission (E.E.O.C.).Judge Brown later became the first African American Prosecutor for the City of Memphis. He then moved to the City of Memphis Public Defender’s Office as Director. In 1978, he began his own private practice, handling the defense of major violators. He returned to public service in 1990, where the people recognized his sincerity, passion and justice – and elected him Judge of Division 9 of the State Criminal Courts for Shelby County. Today, television serves as his court, and viewers nationwide witness real cases in a real courtroom with real resolutions.Brown often spends his weekends in the toughest parts of Memphis following up on cases, helping kids and teens stay out of trouble.Contact a speaker booking agent to check availability on Judge Joe Brown and other top speakers and celebrities.