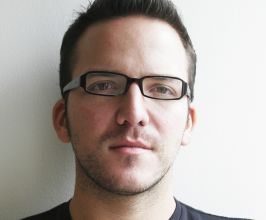 Book Manuel Lima for your event

A Fellow of the Royal Society of Arts, nominated by Creativity magazine as “one of the 50 most creative and influential minds of 2009”, Manuel Lima is the founder of VisualComplexity.com, Design Lead of Codecademy, and a regular teacher of data visualization at Parsons School of Design.Manuel is a leading voice on information visualization and has spoken in numerous conferences, schools and festivals around the world, including TED, Lift, OFFF, Eyeo, Ars Electronica, National Academy of Sciences, Harvard, MIT, Royal College of Art, NYU Tisch School of the Arts, ENSAD Paris, University of Amsterdam, MediaLab Prado Madrid. He has also been featured in various magazines and newspapers, such as Wired, New York Times, Science, Nature, Business Week, Creative Review, Fast Company, Forbes, Eye, Grafik, SEED, Print, Boston Globe, Publishers Weekly, American Historical Association, Étapes, Expresso and El País.His first book Visual Complexity: Mapping Patterns of Information has been translated into French, Chinese, and Japanese. His latest The Book of Trees: Visualizing Branches of Knowledge, published in April 2014 by Princeton Architectural Press, covers over 800 years of human culture through the lens of the tree figure, from its entrenched roots in religious medieval exegesis to its contemporary, secular digital themes.With over 10 years of experience designing digital products, Manuel has worked for Microsoft, Nokia, R/GA, and Kontrapunkt. He holds a BFA in Industrial Design and a MFA in Design & Technology from Parsons School of Design, New York. During the course of the MFA program, Manuel worked for Siemens Corporate Research Center, the American Museum of Moving Image and Parsons Institute for Information Mapping in research projects for the National Geo-Spatial Intelligence Agency.Contact a speaker booking agent to check availability on Manuel Lima and other top speakers and celebrities.