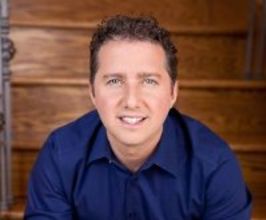 Book Marc Saltzman for your event

Marc Saltzman has reported on the high-tech industry since 1996 as a freelance journalist, author, lecturer, consultant, and radio and TV personality. His specialties lie in consumer electronics, computers, Internet trends, small-to-midsized business technology and interactive entertainment.Marc currently contributes to more than 50 prominent media publications in addition to his syndicated column with Gannett, the USA’s largest newspaper group.He was one of the first journalists in the world to break open the MP3 phenomenon in late 1997 on CNN.com. He correctly predicted this controversial audio file format would revolutionize the recording industry.In June 2006, Marc Saltzman was invited to join celebrities such as Donald Trump, Al Gore and Stephen Hawking to answer a question for the “Ask The Planet” promotion sponsored by Yahoo! Answers. Marc was tapped as a leading consumer technology expert.He has published over 15 books with Pearson Education and McGraw-Hill/Osborne. Marc has also written video game manuals for “Quake II” and “Sin,” writing fiction for the games, as well as contributing names for many of the weapons and creatures.Marc writes and hosts “Gear Guide,” a technology-focused video that runs nationally across Canada at Cineplex Entertainment movie theaters, IMAX theatres and various sister chains. Running about five minutes before the feature film begins, this 1-minute clip airs daily on more than 1,650 theater screens, 6 times a day per screen, resulting in approximately 6.5 to 7 million “captive” impressions per month.In May of 2001, Marc became a frequent technology expert at CNN, the Cable News Network. Over the years, Marc has discussed a wide variety of tech trends, news and reviews live on-camera.Marc is also a frequent guest on CTV’s Canada AM morning show and CP24 in Canada.Marc has also made appearances on NBC’s “Today Show,” “CBS Early Show,” “Access Hollywood,” “Entertainment Tonight” and QVC’s Saturday Q.”Marc also writes and hosts two “Tech Talk” radio shows. “Tech Talk with Marc Saltzman,” is a nationally syndicated radio vignette (60-second interstitial) that airs daily Monday to Friday, on 30+ AM and FM radio stations across Canada, the U.S., the U.S. Armed Forces Network and on XM Satellite Radio’s NHL Centre Ice channel (roughly 2 million listeners daily). Marc also hosts a 1-hour “Tech Talk” radio show on CJAD in Montreal (Astral).With nearly 30 speaking engagements in 2013 alone, Marc Saltzman is one of the busier technology experts on the circuit.Speaking across North America on a wide variety of topics, Marc Saltzman enjoys talking to groups big or small, consumer- or business-oriented, and ranging from kids to seniors.Finally, Marc sits on the board of Kids, Cops and Computers (kidscopscomputers.org), a Toronto-based charity that provides Internet-connected computers and accessories to students in financially-challenged neighborhoods – along with an “e-buddy” (police officer) to correspond with.Contact a speaker booking agent to check availability on Marc Saltzman and other top speakers and celebrities.