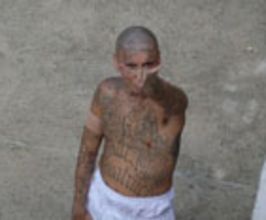 Book Marc Shaffer for your event

Marc Shaffer is a seasoned and engaging public speaker. Marc is available to speak on the intersection of media, politics and society; media literacy; the art of storytelling on the screen; his own reflections on making television; and the issues that drive the many films he’s directed, from healthcare to the deportation of gang members to the global economy and beyond.For more than two decades, Marc has been directing, writing and producing critically acclaimed, award-winning documentary films and news programs for American and international television networks and for theatrical distribution. Marc began his career at CBS News, producing for the programs Nightwatch with Charlie Rose, Street Stories with Ed Bradley, 48 Hours with Dan Rather, and Eye to Eye with Connie Chung. He left CBS to make documentaries and his films have appeared on PBS, National Geographic, Al Jazeera worldwide and elsewhere. Filmmaker, investigative reporter, storyteller, Marc’s work has provided him a ‘back stage pass’ to explore the issues that affect us all, taking him around the U.S. and across the globe as he has made films on such issues as healthcare, the global economy, U.S. foreign policy, environmental sustainability, terrorism, criminal justice reform and government integrity, among others.Most recently, Marc wrote and directed American Jerusalem: Jews and the Making of San Francisco (theatrical release 2013, PBS 2014) an historical look at the pioneering Jews who helped to build San Francisco from remote Mexican village into thriving American metropolis. A sampling of his other film credits includes Gang War USA (National Geographic Channel, 2011), Marijuana Gold Rush (National Geographic Channel, 2011), Can the Gulf Survive (2010, National Geographic Channel), Interrogating Saddam (2010, National Geographic Channel, 2010), Rollover: The Hidden History of the SUV (PBS Frontline, 2002), Bigger than Enron (PBS Frontline, 2002), Blueprint America: The Road to the Future (PBS, 2009) and the four-hour series Remaking American Medicine (PBS, 2004).Marc has been nominated for three national Emmy awards and his many honors include the Sigma Delta Chi Award for Community Service from the Society of Professional Journalists, the Cine Special Jury Award, six Cine Golden Eagle Awards, top honors from the Association of Health Care Journalists, the Grantham Prize Award of Special Merit for environmental reporting, and many others. He is the recipient of two health-care related journalism fellowships, the Kaiser Family Foundation Media Fellowship and the Rosalynn Carter Fellowships for Mental Health Journalism. Marc was raised in Berkeley, graduated with honors in American Studies from the University of California at Santa Cruz, and lives in Oakland, CA with his wife and two children.Contact a speaker booking agent to check availability on Marc Shaffer and other top speakers and celebrities.