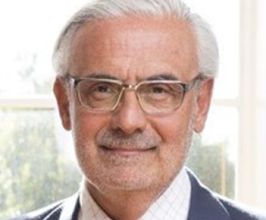 Chancellor of the University of Massachusetts Boston

Book Marcelo Suárez-Orozco for your event

Marcelo Suárez-Orozco is the ninth permanent and current chancellor of the University of Massachusetts Boston, and is the first Latino to lead a campus in the Massachusetts public university system. He is the former inaugural UCLA Wasserman Dean at UCLA Graduate School of Education and Information Studies.Prior to coming to UMass Boston, Suárez-Orozco served as the inaugural UCLA Wasserman Dean, leading two academic departments, 16 nationally renowned research institutes, and two innovative demonstration schools at UCLA’s Graduate School of Education & Information Studies. His research focuses on cultural psychology and psychological anthropology, with an emphasis on education, globalization, and migration. His award-winning books and edited volumes have been published by Harvard University Press, Stanford University Press, University of California Press, Cambridge University Press, New York University Press, and others.His scholarly papers, in a range of disciplines and languages, appear in leading journals including Harvard Educational Review, Harvard Business Review, Revue Française de Pédagogie (Paris), Cultuur en Migratie (Leuven), Temas: Cultura, Ideologia y Sociedad (Havana), Ethos, The Journal of the American Academy of Arts and Sciences, Harvard Policy Review, and others. He regularly contributes to national and international media outlets including The New York Times, The Washington Post, The Los Angeles Times, U.S News and World Report, The Huffington Post, CNN, NPR, CNN Español, MSNBC and others.A member of the American Academy of Arts and Sciences (currently serving in the Governance and Trust Board), the National Academy of Education, Trustee of the Carnegie Foundation for the Advancement of Teaching, member of the Board of Advisors of the Thomas Mann House, and recipient of Mexican Order of the Aztec Eagle, Dr. Suárez-Orozco has served as Special Advisor to the Chief Prosecutor, The International Criminal Court, The Hague, The Netherlands.During his tenure as the UCLA Wasserman Dean, Dr. Suárez-Orozco raised over $120 million toward the UCLA Campaign (or approximately 170% of the Chancellor’s Goal for GSE&IS a year ahead of schedule.)At Harvard, he served as the Victor S. Thomas Professor of Education, co-founder and co-director of the Harvard Immigration Project, and founding member of the Executive Committee of the David Rockefeller Center for Latin American Studies. At NYU he served as the inaugural Courtney Sale Ross University Professor of Globalization and Education. He has held fellowships at Stanford’s Center for Advanced Study in the Behavioral Sciences and Princeton’s Institute for Advanced Study. He has been Visiting Professor at the École des hautes études en sciences sociales (EHESS, Paris), the University of Barcelona, Catholic University of Leuven and has lectured at the German Foreign Office, the Mexican Foreign Office, the Spanish Foreign Office, The Vatican, US Congress, the UN, the American Academy in Berlin, World Economic Forum, and multiple other global venues.In January of 2018 His Holiness Pope Francis appointed Suárez-Orozco to the Executive Committee of the Pontifical Academy of Social Sciences and on July 4, 2018 the Carnegie Corporation of New York named him a “Great Immigrant / Great American.”An immigrant from Argentina, Dr. Suárez-Orozco is a product of the California master plan having studied in community college and at the University of California Berkeley, where he received his AB, MA, and PhD (anthropology) in 1986.Contact a speaker booking agent to check availability on Marcelo Suárez-Orozco and other top speakers and celebrities.