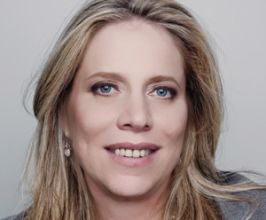 Book Marian Salzman for your event

Named one of the world’s top five trendspotters, Marian Salzman, CEO of Havas PR North America – an entrepreneurial agency collective ranked ninth in the world – was recently named to The Holmes Report’s inaugural In2 Innovator 25 list and was PRWeek’s 2011 PR Professional of the Year, among many other top honors. Before heading Havas PR, she was CMO at Porter Novelli, CMO at JWT Worldwide and CSO at Euro RSCG Worldwide. Among her most famous consumer campaigns are the launch of the metrosexual to create a marketplace for SAB Miller’s Peroni, Pepsi’s “It’s Like This” and “It’s America Online.” She co-founded Cyberdialogue – the world’s first online market research company – in 1992. Salzman was named to New York magazine’s first “Cyber 60” list in 1995 and the following year, Fast Company said she was keeper of one of the best job titles on the planet: Director, Department of the Future.Salzman has executed thought leadership, reputation management and social media programs, including heading up the creation of Porter’s pop-up agency Jack + Bill, which in one year won the top awards from PRWeek, SABRE and Bulldog Reporter.Her four-part series on the brain for the Huffington Post won a 2011 Bronze SABRE award for Speech or Bylined Article and an honorable mention from the PR News Platinum PR Awards; it was also one of many blog posts that led to other top blogging honors from Bulldog Reporter, PR News and the Golden Bridge Awards. In addition, Salzman has blogged regularly at Forbes.com, the Holmes Report, Adweek/Aol’s Fuel the Future, CNBC.com and numerous agency blogs run by Havas PR North America.Salzman is an adviser to the Berlin School of Creative Leadership’s M.B.A. program, author of 14 books published in more than 20 languages including Chinese, Norwegian, Portuguese and Spanish, sits on the board of directors of the Bob Woodruff Foundation, which assists injured US service members returning from war, and an honors graduate of Brown University, for which she has served as a mentor to Brown Women in Business since 2006. Her most notable campaign in the past few years was Wyclef Jean’s short-lived run for president of his ravaged homeland. Despite 70 percent approval ratings and more than 10 billion media impressions, the musician-turned-philanthropist was disqualified by Haiti’s ruling cast of characters.Called “the queen of cool,” Salzman is a true visionary with a keen eye for trends. She helps audiences identify the driving forces behind today and the future, plan for long-term commercial success, manage change by providing insight into the drivers of key business, consumer, and social trends, and discover unexpected opportunities that can help transform businesses.Contact a speaker booking agent to check availability on Marian Salzman and other top speakers and celebrities.