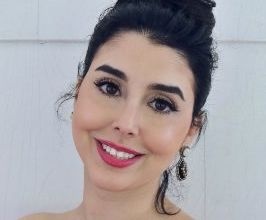 Book Marisa Zeppieri-Caruana for your event

Marisa Zeppieri-Caruana is a communications expert, journalist, and author. When not working as a food and health journalist, Marisa freelances as a recipe creator, stylist and food photographer for numerous outlets. In addition, Marisa is the founder and editor-in-chief of LupusChick, one of the largest autoimmune and invisible illness organizations in the world; she is also a lupus patient.Marisa was diagnosed with Lupus in 2001 after being hit as a pedestrian by a drunk driver. After fighting for her life in the hospital, Marisa suffered a small stroke which ultimately led to her diagnosis. She was just 23 years old.Zeppieri was forced to leave her nursing career after her case progressed. Through numerous strokes, heart issues, chemo, a brain aneurysm, and becoming wheelchair and bed bound for a season, She was determined to find another way to not only support herself but fulfill her to reach out and help others. From this, her career as a writer was born.Her passion for those living with chronic illness led her to self-publish her first book in 2013, titled Lupus: Real Life, Real Patients, Real Talk, written specifically for her LupusChick audience. Over the years, she has given away hundreds of copies to Lupus patients and their family members that need to learn more about the disease. She also speaks publicly on the topic of lupus, autoimmune disease, and invisible illness. Recent speaking engagements include Novartis Pharmaceuticals, UMASS Medical School, ACR/AstraZeneca, Janssen, and The Lupus Foundation of New England.Marisa is also a former Mrs. New York USA Universal 2015 and used the platform to spread awareness on invisible illness. During her reign, she worked with government officials in New York to have numerous proclamations signed which officially designated May as Lupus Awareness Month. She is also a board member for the Lupus Foundation of America.As her health allows, Marisa teaches adult education classes for the New York Public School District in the areas of nonfiction writing, memoir writing, book proposal creation, and how to pitch agents, areas of experience she gained while freelancing as an author-ghostwriter for a confidential NYC publishing house.Her favorite hobby is to create in her kitchen and photograph food. She resides in New York and Florida with her husband, mother, and crazy rat terrier.Contact a speaker booking agent to check availability on Marisa Zeppieri-Caruana and other top speakers and celebrities.