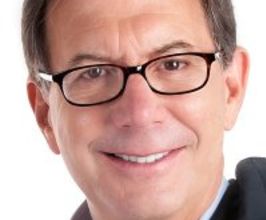 Author of International Best-Seller, “Just Listen” Discover the Secret to Getting Through to Absolutely Anyone; Co-founder of Heartfelt Leadership

Book Mark Goulston for your event

Mark Goulston, M.D. is a business advisor, consultant, trainer and coach trained as a clinical psychiatrist who honed his skills as an FBI/police hostage negotiation trainer who increases people’s ability to get through to anyone.Dr. Goulston’s development of those skills started with his education: a B.A. from UC Berkeley, an M.D. from Boston University, post graduate residency in psychiatry at UCLA. He went on to be a professor at UCLA’s internationally renowned Neuropsychiatric Institute for more than twenty years, become a Fellow of the American Psychiatric Association (the highest award that organization offers) and was named one of America’s Top Psychiatrists for 2004-2005 by Washington, D.C. based Consumers’ Research Council of America.A partial list of companies and organizations he has trained, spoken to, provided executive coaching to or consulted with include: GE, IBM, Goldman Sachs, Merrill Lynch, Xerox, Deutsche Bank, Hyatt, Accenture, Astra Zenica, Kodak, Federal Express, FBI, Los Angeles District Attorney, White & Case, Seyfarth Shaw.He is a member of the National Association of Corporate Directors and the Worldwide Association of Business Coaches and is the best selling author of four books including Get Out of Your Own Way at Work… and Help Others Do the Same (Perigee, 2006), is a contributor to Harvard Business, the Tribune media syndicated column, Solve Anything with Dr. Mark, column on leadership for FAST COMPANY, Directors Monthly. He is frequently called upon to share his expertise with regard to contemporary business, national and world news by television, radio and print media including: Wall Street Journal, Harvard Business Review, Fortune, Newsweek, Time, Los Angeles Times, ABC/NBC/CBS/Fox/CNN/BBC News, Oprah, Today.Dr. Goulston lives in Los Angeles with his wife and three children.Contact a speaker booking agent to check availability on Mark Goulston and other top speakers and celebrities.