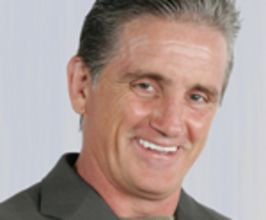 Mark Ford started his first business when he was eleven years old. He’s started hundreds more since then. Today, he’s a self-made millionaire. He’s also a New York Times bestselling author and a successful business builder. You’ve known him by his pen name Michael Masterson, which he retired a few years ago.Ford is one of the founders of AWAI. He is the mentor of Paul Hollingshead, Don Mahoney and dozen more A-copywriters and is the inspiration behind AWAI’s Accelerated Program for Six-Figure Copywriting and more.Since 1993, he has been the chief growth strategist for Agora, Inc., international publisher of newsletters and books with revenues of over $300 million annually.He grew up in Brooklyn and Long Island, NY. He has a BA from Queens College, CUNY, a master’s degree from the University of Michigan, and did PhD work at Catholic University.After college, Ford joined the Peace Corps and spent two years teaching students at the University of Chad in Africa.Despite his incredible business success and intellectual acumen, he has been quite the failure — at retiring. He retired for the first time at age 39. The urge to get back into business was too strong. A few years later, he retired again.Now that he’s turned 60 years old, Ford has “retired” again. He now focuses on growing his investments and writing, as the editor of The Palm Beach Letter.Ford has authored and co-authored books on marketing, copywriting, and entrepreneurship. Some of these books include, “Automatic Wealth: The Six Steps to Financial Independence” (John Wiley & Sons), “Seven Years to Seven Figures: The Fast-Track Plan to Becoming a Millionaire” (John Wiley & Sons), “Confessions of a Self-Made Millionaire” (Early to Rise), “Changing the Channel” (John Wiley & Sons with MaryEllen Tribby), “The Architecture of Persuasion” (American Writers & Artists, Inc.), and many more. In 2012 Ford published a poetry collection called “Back and Out Again” (Cap & Bells Press) under his full name, Mark Morgan Ford, so as to distinguish his poetry from Mark Ford, a better known poet.Contact a speaker booking agent to check availability on Mark M. Ford and other top speakers and celebrities.