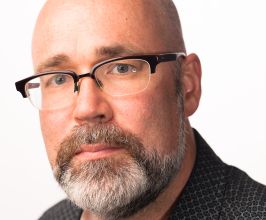 Book Mark Surman for your event

A community activist and technology executive of 20+ years, Mark currently serves as the executive director of the Mozilla Foundation, makers of Firefox and one of the largest social enterprises in the world. At Mozilla, he is focused on using the open technology and ethos of the web to transform fields such as education, journalism and filmmaking. Mark has overseen the development of Popcorn.js, which Wired has called the future of online video; the Open Badges initiative, launched by the US Secretary of Education; and the Knight Mozilla News Technology partnership, which seeks to reinvent the future of digital journalism.Prior to joining Mozilla, Mark was awarded one of the first Shuttleworth Foundation Fellowships, where he explored the application of open principles to philanthropy. During his fellowship, he advised a Harvard Berkman study on open source licensing in foundations, was the lead author on the Cape Town Open Education Declaration, and organized the first open education track at the iCommons Summit, which led to him becoming a founding board member of Peer-to-peer University (P2PU).From 2005 to 2008, Mark served as the first Director of Telecentre.org, a $26M initiative to connect 1000s of community technology centres around the world supported by Microsoft, Canada’s International Development Research Centre and the Swiss Development Corporation. While at Telecentre.org, Mark spoke at the first World Summit on the Information Society, provided the keynote at the Global Knowledge Partnership Summit and built a global network of community technical centres that spanned over 25 countries.As a consultant and social entrepreneur, Mark has designed and implemented community-driven technology projects for dozens of organizations including the Government of Canada, the Government of Ontario, the Association for Progressive Communications, Amnesty International, Greenpeace and the Canadian Labour Congress. He has raised more than $30M, authored two books, presented at 100+ conferences, written dozens of papers and traveled to more than 40 countries. Despite his travels, his favorite place remains the armchair next to the fireplace in his living room.Mark lives in Toronto, Canada with with wife Tonya, founding Executive Director of the Centre for Social Innovation, and his sons Tristan and Ethan. Mark holds a BA in the History of Community Media from the University of Toronto.Contact a speaker booking agent to check availability on Mark Surman and other top speakers and celebrities.